Forgotten Fort Heiman briefly stood as sentinel, but has a 'fascinating story'

One of three "sister” forts that Confederate forces defended on the Tennessee and Cumberland rivers is the subject of talks this weekend at Fort Donelson National Battlefield. 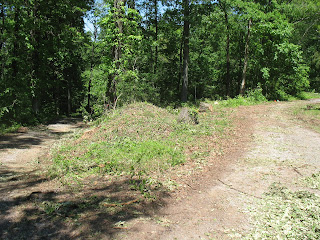 Fort Heiman, built in Kentucky just across from Fort Henry, is considered a “forgotten” or “unfinished” fort, said Douglas Richardson, chief interpreter with the park.

The National Park Service this month is marking the 150th anniversary of the first significant Union victory in the war, when Brig. Gen. U.S. Grant captured Fort Henry and Fort Donelson, opening the way to Nashville and the South’s interior. Along the way, he earned the sobriquet “Unconditional Surrender” Grant.

Fort Henry is long gone, under what is now called Kentucky Lake. But visitors can still see entrenchments at Heiman, which was hastily constructed to protect Henry.

“The bluff provides a spectacular view,” said Richardson. “You will see some very good examples of Civil War earthworks.”

At 1 p.m. this Saturday-Monday (Feb. 4-6), rangers will lead vehicle caravans from the park headquarters at Donelson (Dover, Tenn.) to Heiman, about 22 miles to the west.

Slaves began constructing it in January 1862, mere weeks before Grant’s forces approached Fort Henry. About 1,100 Confederates at Fort Heiman were ferried across the Tennessee River back to Henry when one of two Federal divisions moved toward the high ground on the Kentucky side.

Brig. Gen. Lloyd Tilghman, Henry’s commander, left a few troops at Heiman (click map to enlarge) “to taunt and harass any of the Union advance guys,” Richardson said. The first Union units to reach the post found some stew and bread, apparently still warm. “They had a Confederate-made dinner.”

Tilghman sent a large contingent of troops to Fort Donelson when he realized he was outgunned, outmanned and in a poor location. Fort Henry was a good deal underwater because of flooding.

“It wasn’t in the most ideal spot,” Richardson said of Fort Henry. “The commanding general was fighting both Mother Nature and the ironclads.” 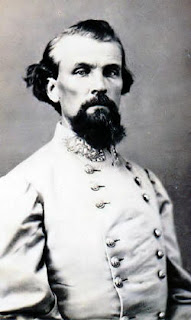 Slaves sought refuge at Heiman once it was in Union hands. Eventually, the site was abandoned, only to be used by Nathan Bedford Forrest (left) and his Confederate cavalrymen.

The general used the fort as a base on Oct. 28, 1864, to capture a Union steamboat. Forrest also raided the Federal supply depot at Johnsonville, about 30 miles south on the east bank of the Tennessee River.

At the time, park superintendent Steven McCoy said Heiman has "a fascinating story. It helps illustrate the bigger picture of the war, the struggle of brother against brother. That to me is what's exciting." The Civil War News had an article about the acquisition.

The property features trenches and a redoubt considered to be in very good condition. 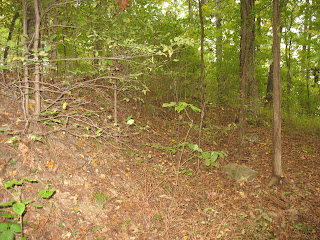 Richardson said the park eventually would like to increase Fort Heiman’s visibility.

“We need to do some infrastructure work to give folks a good idea of what is happening here,” he said. Crews also are cleaning up from 2011 storm damage.

Trenches are currently hidden in forestation and there is little visitor information on the site, accessible by a Kentucky road. The area is mostly visited by recreational users.

The NPS has no historic images of any of the three forts – and, for that matter, few primary documents about Heiman. They are seeing some of those documents, including those regarding troop movements, on auction sites such as eBay.

“When it comes to research, it is a work in progress,” Richardson said.

• More information on all the anniversary events this month at Fort Donelson
• Contact information, address, park info.
• Animated account of Henry, Donelson battles
Posted by Phil Gast at 9:33 AM