Click it, final chapter: Centennial map of Atlanta and the Civil War -- Downtown

The three previously posted centennial maps of the Atlanta Campaign continue to be of big interest to Picket readers, site metrics show. The maps came from a large 1964 State Highway Department of Georgia (now DOT) poster marking the 100th anniversary of the fighting. 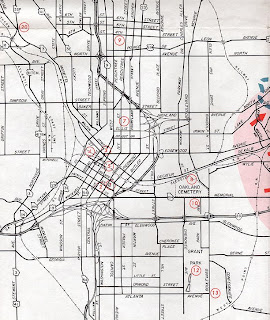 They bring the fighting home to modern readers because they are superimposed over roads and highways. Be aware that some roads have changed names since 1964.

I’m wrapping up the series with this fourth map of downtown. The shaded area on the right is the Battle of Atlanta.

Before we get started, here are links to the previous three maps and descriptions of the 1864 battles that saved Abraham Lincoln’s presidency:

Downtown Atlanta was heavily fortified. That didn’t shield residents and Confederate soldiers from privation and the strains of siege. A few were killed by artillery shells. What is now the Georgia Tech campus used to be the northern edge of the city.

Here’s the key to the circled red numbers you can see after clicking the map. Most of the missing numbers are in the three maps listed above. 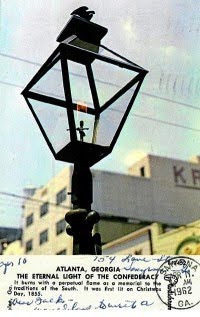 4. Eternal Light of the Confederacy (right): Original lamp post with shell holes. Northeast corner of Whitehall at Alabama streets (Note from Picket: I believe this is now in Underground Atlanta. Anyone know for sure?)

7. The first shell falling within the city killed a little girl and her dog on the corner of Ellis and Ivy (now Peachtree Center Avenue) streets.

8. Oakland Cemetery, where Gens. John B. Gordon, Clement A. Evans, Alfred Iverson and many Confederate soldiers are buried. 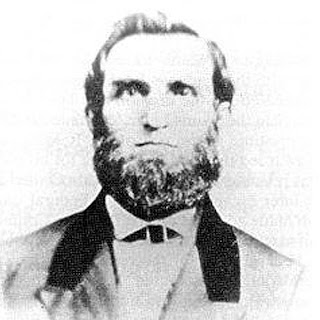 9. James J. Andrews, leader of the Andrews Raiders (Great Locomotive Chase) was hanged here June 7, 1862. This spot is on Juniper Street, a short distance from Ponce de Leon Avenue. It was a ravine roughly bordered by Juniper, Fourth and Myrtle streets.

10. Seven of the Andrews Raiders were hanged at the southeast corner of Memorial Drive at Park Avenue, June 18, 1862.

12. Atlanta Cyclorama, the giant painting depicting the Battle of Atlanta, in Grant Park.

13. Fort Walker is the only remaining defensive position of the Atlanta inner defense perimeter during the siege.

20. Surrender: Mayor James Calhoun and a few citizens, under white flag, rode to Marietta Street at Northside Drive (now the southwestern edge of Georgia Tech), where they met the federal advance guard. Mayor Calhoun formally surrendered the city on Sept. 2, 1864.