Mary Surratt’s executioners wanted her to be shielded from the sun and heat in the moments before she was hanged. 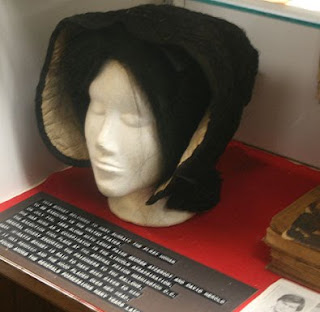 Shortly after 1 p.m. on July 7, 1865, the 42-year-old boardinghouse owner and three others were marched to the gallows at the Washington Arsenal Penitentiary. They had been convicted in the conspiracy to kill President Abraham Lincoln, who was shot dead nearly three months before at Ford’s Theatre.

After the visibly distraught Mrs. Surratt was virtually carried by soldiers up the steps to the top of the gallows, her quilted black bonnet was removed and an umbrella raised to protect her from the sun as the death warrants were read. 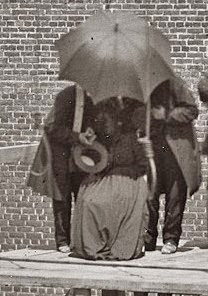 Mary Surratt's last words, spoken to a guard as he put the noose around her neck, were purported to be, "please don't let me fall.”

Moments later, with the temperatures near 100 degrees, the four condemned were swinging on ropes. They were buried only a few feet away.

The case of Mary Surratt, the first woman executed by the federal government, will be back in the national spotlight soon. Robert Redford is wrapping up filming of “The Conspirator” in Savannah, Ga. It examines her role, disputed to this day. 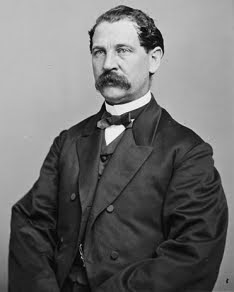 The bonnet came into the possession of Union Maj. Thomas Eckert (left), chief of the military telegraph department. Eckert, interestingly, was a friend of Lincoln’s and been asked to attend the theater with the president that fateful April night. His boss forbade him from going, in order that he would complete some work. Eckerd also contended that he supplied paper and a telegraph office for Lincoln to write the first draft of the Emancipation Proclamation.

Many of Eckert’s personal belongings are now housed in the small Drummer Boy Museum in Andersonville, which houses a variety of Civil War memorabilia. 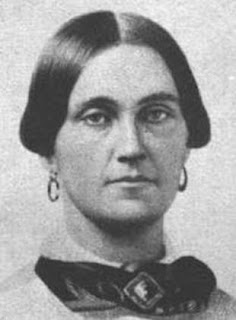 The black bonnet sits on a mannequin head in one case, with a brief description.

Surratt’s defenders say she knew little or nothing of the plot and never should have been executed. Conspirator Lewis Powell spent his last hours pleading for her life. “Mrs. Surratt is innocent. She doesn't deserve to die with the rest of us,” he said before he was hanged.

Drummer Boy Museum curator Cynthia StormCaller told me someone from “The Conspirator” called to ensure the bonnet worn by Robin Penn Wright, who portrays Surratt, was historically accurate.

The museum, not far from the site of the notorious Civil War prison, features weapons and about 15 authentic uniforms, including those of two drummer boys. I also was drawn to a diorama of Camp Sumter, as the prison was then known.

It's still hard to imagine 33,000 souls residing in 26 acres, beset by sun, dysentery and certain death if they came too close to the stockade fence.
Posted by Phil Gast at 4:08 PM