March to the Sea: Tourists can visit places where Yankees walked by in 1864

Much of the ground covered by the Union army on its November-December 1864 March to the Sea from Atlanta to Savannah and beyond remains rural and there are few visible signs that it occurred. But interpretive signs and museum exhibits do help tell the story.

Many of those markers have been placed by the Georgia Historical Society and Civil War Heritage Trails of Georgia. The latter will place a commemorative sign in front of the Old State Capitol in Milledgeville on Nov. 22. The historical society plans a Dec. 11 March to the Sea marker dedication at Madison Square in Savannah.

Events relating to the march recently occurred in Kennesaw, Augusta and Sandersville, Ga. A Nov.16 symposium, “Yankees Marching By,” in Madison will focus on the impact of the Civil War and March to the Sea on the town and Morgan County. A Nov. 22 commemoration will be held at Griswoldville Battlefield near Macon. The lopsided Union victory was the only major battle of the march.

The Picket asked Civil War experts, historians, an archaeologist and a living historian/re-enactor about their thoughts on myths and realities of the march, what associated sites should be visited and the campaign's legacy today. Here are their responses to the second question, with a focus largely on Georgia.

Q. For the scholar or casual follower of the Civil War, what location(s) in Georgia or Carolinas would you recommend they visit to get a flavor of what occurred? 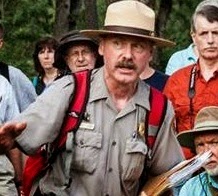 While I wish it weren't so, visiting the March to the Sea requires preparation, more than it should. I have to recommend Jim Miles' “To the Sea: A History and Tour Guide ofSherman's March (1989/2002)” as the best of what's out there right now to get you to many of the March to the Sea sites. The one place along the route I'd recommend visiting?  Milledgeville. It has many of the aspects of the era and of the march -- military, political, social, economic, industrial -- together in one place. Union soldiers held a mock session of the Georgia Legislature in the State House and rescinded the Ordinance of Secession. The arsenal, magazine and penitentiary were destroyed. But other industrial facilities and the majority of the town escaped destruction, belying the common perception that Sherman burned everything in his path as he marched across the Empire State of the South.

While Miles' book will help get you to sites in Milledgeville and his narrative will give you some of the history, take the time also to find and read James C. Bonner's "Sherman at Milledgeville in 1864" in The Journal of Southern History, Volume 22, Number 3, August, 1956, pp. 273-291. The Old Capitol and the Old Governor's Mansion can be visited today. Information about visiting Milledgeville, including a guide to the Historic District, can be obtained at http://www.visitmilledgeville.org/.

While one could literally retrace the March to the Sea, it would be frustrating to follow the routes of two armies and a cavalry force that were sometimes separated by 60 miles. A selective list would be:

-- The site of the Neal house in downtown Atlanta (now the site of City Hall) – A marker here relates to the March to the Sea. Sherman stayed in the Neal house before departing, and it is also the site from which a famous photo of the 1864 city hall was taken.

-- Griswoldville Battlefield, northeast of Macon – Site of the only infantry battle during the march.  Interpretive markers and maps illustrate how little resistance the militia offered.

-- Magnolia Springs State Park – Site of Camp Lawton, a large POW camp built to house prisoners transferred from Andersonville, but (they) moved again a month after they arrived once the Confederates realized they had moved the prisoners into Sherman’s path. Historical displays and earthworks remain, and recent archaeological digs have unearthed artifacts.

-- Ebenezer Creek – Site of the notorious incident (in Effingham County) in which U.S. General Davis ordered the pontoon bridge taken up, stranding thousands of slaves that had been following his column.

-- Fort McAllister State Park – Fort in Richmond Hill (south of Savannah) that was the site of several wartime incidents. When the Federals took it on 13 December 1864, they established communications with the U.S. Navy. The Ogeechee River then became the principal supply route for the Federals besieging Savannah, with King’s Bridge landing (now a recreation area) becoming one of the busiest ports in the U.S. for a few weeks.

-- Green-Meldrim House in Savannah – Where Sherman stayed from late December 1864 to late January 1865. The adjoining square has historical markers that address Sherman’s stay, the visit by Secretary of War Stanton, the meeting with local African-American preachers and the issuance of the “forty acres and a mule” order.

-- ANNE SARAH RUBIN, history professor at the University of Maryland, Baltimore County and author of “A Shattered Nation: The Rise and Fall of the Confederacy, 1861-1868”

-- Milledgeville, Ga., see the Old Governor’s mansion and statehouse, and get a feel for the way the march played out in a town

-- Ebenezer Creek, Ga., to think about the impact of the March on African-Americans (freed slaves were abandoned by Union troops being pursued by Confederate cavalry)

In Georgia, Griswoldville Battlefield (Georgia militia attacks a brigade of US infantry), Milledgeville with the Old State Capitol and Governor’s Mansion, Fort McAllister State Park, Savannah History Museum for a local history of the “siege.” (Fort McAllister's winter muster on Dec. 13 will re-enact the Federal victory at the fort on the anniversary of the date it occurred)

I would recommend a driving tour, similar to the one Charlie Geiger compiled for "Cump & Company" back in the 1990s. This will take you to the towns Sherman's army passed through, and some of them, such as Madison, Milledgeville and Sandersville, have museums with exhibits devoted to "The March." At the end, you get to see Fort McAllister on the Ogeechee River and the splendid city of Savannah (with all that great seafood).

I would drive from Atlanta to Griswoldville, then on to Milledgeville. From there I would drive to Fort McAllister near Savannah. Tourists would receive a good sense of the march from those locations. Andersonville is always a good side trip although the prison was not liberated during the march. Once you reach South Carolina, there isn't much to see. Sherman and his men spared nothing there, as they viewed the state as the instigator to the war.

-- DAN ELLIOTT, president of the LAMAR Institute, which conducts archaeological research from its base in Georgia

A skewed sample perhaps, but I would recommend the crest of Rocky Face Ridge at Dug Gap (U.S. Forest Service property with a walking trail, in northwest Georgia), Nash Farm Battlefield Park at Hampton/Lovejoy, Georgia (a Henry County Park), and Monteith Swamp (a slow drive through the swamp on Hodgeville Road, near Savannah). Of course, all of the artillery shell craters on the grounds Fort McAllister State Historic Site are pretty impressive to stroll around.  It has been more than 25 years since I went there, but I also would recommend the Cyclorama at Grant Park.

With the fall of the fort in April 1862, Savannah, by and large, lost most of its significance as an important Confederate city long before Sherman reaches it in December of 1864. Maybe it would have made for a bigger story had Pulaski not fallen and Savannah had remained a vital blockade running port. However, that was not the case. With Fort Pulaski in Federal hands, the city was more important for its dock facilities to receive much-needed supply after the long "march."

With Sherman's army nearing Savannah in mid-December, 1864, Fort Pulaski had partially been transitioned into a prison. That's where most of our story lies during the time frame. We are running the diary of Henry Clay Dickinson, 2nd Virginia Cavalry, on Facebook and Twitter. This is his entry on the fall of the city:

December 21. 1864.
Firing heavy again this morning and continued until the high wind prevented us from hearing much. The day was quite cold and windy, and many said it was a very long one. At sunset there were unmistakable signs that the Yanks had good news. Presently the band began to play, three cheers were given and they soon brought us news that Savannah had fallen. They say a captain is the bearer of the news, that the city fell at 5 o'clock this morning, and that the captain walked through the streets. We still can't believe this. It seems preposterous. If true, Beauregard certainly is no longer himself. I have had rheumatism in my left side, right leg and arm all the week and can hardly get about. Whilst writing I breathe with great difficulty.