Nov. 15 (Saturday) marks the 150th anniversary of the beginning of a military campaign that remains seared in the memory and consciousness of the South. Union Maj. Gen. William T. Sherman began his March to the Sea, splitting 62,500 men into two principal columns marching and foraging through a swath of Georgia, covering 250 miles, and arriving in Savannah a few days before Christmas. The march, which had a large psychological impact on civilians, would continue into South Carolina in early 1865.

The Georgia Historical Society, in conjunction with the Georgia Battlefields Association, will dedicate a marker about the march on Wednesday (Nov. 12) at the Carter Center in Atlanta. Other events are planned later in the month at the site of the Battle of Griswoldville and in Madison, Ga. (More on those in the second installment of this report).

The Picket recently asked Civil War experts, historians, an archaeologist and a living historian/re-enactor about their thoughts on myths and realities of the march, what associated sites should be visited and the episode's legacy today. Today, here are their responses to the first question. The other responses will be published Tuesday and Wednesday.

Q. What are the myths/realities of Sherman's strategy/leadership in the march and the performance of his troops? 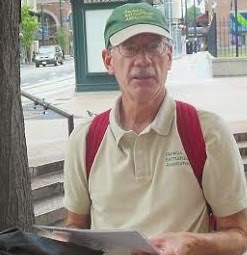 One myth is that Sherman and his troops burned everything. This is often followed by the visitor’s center or historical society representative asking if you would like to take their antebellum house tour. In fact, very few private homes were burned. Certainly, barns, corn cribs, smokehouses, farm implements or anything of that sort were first looted, then destroyed.

A second myth is that all women were threatened and many were raped.  It’s understandable that any person (woman or man) would feel threatened when thousands of enemy troops are on your land or even passing nearby; but incidents of physical abuse are rare and of rape even more rare.

Sherman can be criticized for not keeping better control over his troops and for sometimes turning a blind eye to their excesses, especially regarding theft; but his attitude is consistent with his belief that the war would end sooner if the people of the South lost the will to fight and wrote to their husbands, sons, and brothers in Virginia to come home.

ANNE SARAH RUBIN, history professor at the University of Maryland, Baltimore County and author of “A Shattered Nation: The Rise and Fall of the Confederacy, 1861-1868”

The main myths about Sherman’s March involve its scale and scope: the idea that it cut a swath fifty miles wide of utter destruction, that Sherman was the sole author of a new form of total war, and that the troops were either entirely out of control, or (contradictorily) entirely directed by Sherman himself.

In actuality, the March covered a vast area, but because it progressed in four columns it ebbed and flowed, missing some spots as it went through others.

Sherman’s March represented an evolution of the broader Union policies of “hard war.” 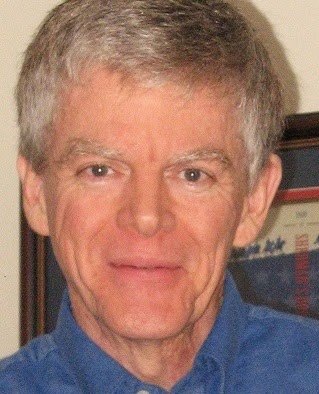 At the time, Sherman's decision to abandon his line of communications and cast off for the Georgia coast was looked upon as extremely risky. Sherman, however, had seen Grant to something very similar during the Vicksburg campaign, when he moved his army down the west bank of the Mississippi, crossed the river at Bruinsburg, and then marched inland toward Jackson.

Myth: Sherman destroyed everything from Atlanta to Savannah.

Some homes were burned, but this is by far a minority. However, foodstuffs were “foraged” aka stolen. Many soldiers stated that they did not want to put out the yeomanry of middle Georgia and the fall line areas. These men had less compassion when getting to the coastal plain region where there were larger plantation homes. “Southern Storm” by Noah Andre Trudeau is a great and recent narrative chock full of primary sources of the Savannah Campaign. Major Henry Hitchcock’s journal is a wonderful firsthand account of one of Sherman’s staff officers, without the postwar era “fluff” that clouds more prominent historical figures works.

Soldiers did pilfer items like spoons, clothing, blankets, money, etc. during the campaign. I don't want to paint a picture of the army being saints. Also, Wheeler's CS cavalry which was supposed to keep Sherman's armies in check, was bad about taking food and other items from the civilian population as well.

Myth: Sherman wanted his army to rape and murder the civilian population of Georgia.

Reality: Sherman wanted to wage a total war, one of destroying the CS forces means to support their army. So livestock, foodstuffs, and government storage, manufacturing, along with railroad capabilities were targeted. Granted civilians were murdered and raped, but this was a small minority. Not the “EVERYONE” mentality that Lost Causers go with.

Note: Sherman’s Army in South Carolina is a whole other subject, and “all bets were off” in the Cradle of Secession.

The myths and realities of Sherman's march through Georgia are numerous, but perhaps the biggest myth is that Sherman destroyed much of the property along his army's two-pronged route. The reality is that if you drive either of the routes today, there are still a great deal of antebellum homes remaining. You will not see, however, cotton gins, etc that were used to promote the Confederacy's infrastructure or manufacturing capabilities. This would also include bridges, etc. that allowed for mobility.

Another myth deals with the notion that Sherman had girlfriends and mistresses along the route and spared certain cities, such as Augusta, from destruction because they lived there. Sherman summed that one up best after the war when he addressed the myth of the sparing of Augusta by stating that "If the people of Augusta think I slighted them in the winter of 1864 they are mistaken; or if they think I made a mistake in strategy let them say so and with the President's consent, I can send a detachment of 100,000 or so of Sherman's Bummers and their descendants who will finish up the job without charging Uncle Sam a cent. The truth is these incidents come back to me in a humorous vein."

DAN ELLIOTT, president of the LAMAR Institute, which conducts archaeological research from its base in Georgia

My expertise on Sherman's march boils down to four locations in Georgia (where I have conducted battlefield archaeology surveys), but they are very diverse and epitomize the range of experiences that Sherman's soldiers (and their Confederate opponents) would have experienced.

At all of these sites the Union generals made blunders. At Dug Gap, the Union tried to assault the Confederates up a nearly sheer cliff face, not too bright, and despite being vastly outnumbered the Confederates held the high ground. At Pickett's Mill, many Union troops found themselves as sitting ducks in a ravine and a bloody slaughter ensued. I did not work in that particular part of the battlefield but was on the periphery. At Lovejoy, where there were four battles from July to November 1864, the most remembered one was Brig. Gen. Judson Kilpatrick's charge on August 20th. Kilpatrick commanded the 3rd Cavalry Division and, by August, Maj. Gen. Sherman already had suffered defeats of his 1st and 2nd Cavalry Divisions, so Kilpatrick was not his first pick. Kilpatrick, who was willing to sacrifice many lives to save his own skin, had his troops race directly into the Confederate line and this bold move saved his division. Had Kilpatrick remained boxed in at Lovejoy the March to the Sea, without any cavalry, might have been a very bloody one for the Union. Sherman had faith in the cavalry but his faith was tested in their failures (and Kilpatrick's near failure) south of Atlanta.

At Monteith Swamp on the Monteith Road (and also at Doctor Cuyler's plantation at the junction of the Middleground and Augusta roads) two of Sherman's wings encountered bottlenecks along a narrow causeway. This traffic jam, caused by fewer than 750 Confederates, delayed more than 20,000 Union troops by several hours. That delay allowed Confederate Maj. Gen. Beauregard to escape capture and it gave the Confederates in Savannah more time to prepare for a siege. Given the swampy landscape and transportation problems, Sherman's men were able to surround Savannah and lay siege to the city without major losses. And his capture of Fort McAllister demonstrated what Sherman's infantry could accomplish in 45 minutes that the U.S. Navy could not do in more than two years of bombardment.

The reality is that Sherman had superior number of troops, he and his generals made some serious blunders but managed to keep it together across the state of Georgia.