For $500K, and agreeing to protect historic features, a Civil War-era depot made famous by Great Locomotive Chase can be yours


A northwest Georgia city hopes a reinvigorated downtown, economic incentives and potential tax breaks will entice bids for a railroad depot that played a part in the Civil War’s “Great Locomotive Chase.”

Dalton officials have contracted with the Georgia Trust for Historic Preservation to market the old Western & Atlantic depot at 110 Depot St. The structure, built in 1852, has a suggested price of $500,000.

The Dalton Depot -- which needs extensive work inside -- had its moment of fame on April 12, 1862, when Northern raiders who had commandeered the locomotive General in Big Shanty, above Atlanta, were chugging toward Chattanooga, Tenn., intent on destroying parts of the railroad. 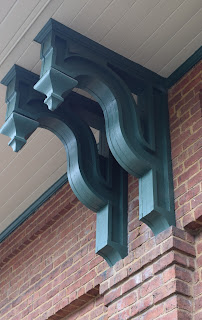 The pursuing locomotive Texas picked up a 17-year-old telegraph operator who rushed to the Dalton depot and wired Confederate troops ahead in Chattanooga. Although not all his message got through, Edward Henderson’s alarm sent troops toward the track. The Andrews Raiders were captured near Ringgold when the General ran out of steam. They had accomplished little.

Ben Sutton, historic properties coordinator for the trust, told the Picket, “There are plenty of preservation-minded property owners that recognize the intrinsic value of buildings like this.”

The depot is the oldest commercial building in the city and once provided passenger and freight service.

The trust is marketing the building through its revolving fund, which it says provides alternatives to demolition or neglect of a historically important property. The space could be divided for office, commercial or restaurant use, including a coffee house or microbrewery.

Building needs a lot of TLC 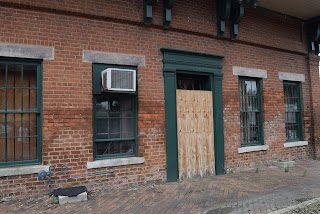 The depot has had some hard times since its heyday. A 1977 nomination form for the National Register of Historic Places (which was awarded) said Dalton citizens were aware of its value but “concerned about the deterioration of the building.” At that time, it was being leased to a railroad.

According to the nomination form, “the depot might have been partially destroyed when Union troops entered Dalton and set fire to several buildings in 1862. It appears that the essential structure of the depot was not damaged and the restoration was confined to roof and interior repair. Since the ornamental brackets are stylistically later than the date of the rest of the building, it is likely that they replaced others lost in the destruction.”

The city-owned building later housed a tavern for about 25 years, but city officials closed the building in late 2015, citing conditions that “posed potential health hazards to the public,” including mold, according to the Daily Citizen-News newspaper.

Dalton put the building up for bid in 2017, but got no offers. According to the newspaper, a potential investor earlier this year said renovation could cost between $600,000 and $1 million.

“There is deferred maintenance.” All systems, including sprinklers and HVAC, need upgrading. “There are plenty of worse-off buildings people will invest in,” Sutton said.

The city is requiring bidders to submit a written preservation plan and abide by a signed rehabilitation agreement. “They want to make sure its history is understood, appreciated and protected,” said Sutton. “Based on that (plan) we can tell if they are going to be treating the building appropriately.”

The trust hopes a buyer donates a conservation easement so that the group can ensure historical features are protected and conduct an annual inspection.

Donation of an easement has tax advantages, said Sutton, and a buyer can be eligible for federal and state income tax credits through a certified rehabilitation of a National Register property.

A potential investor earlier this year was concerned about the easement, according to the Daily Citizen-News, but changes were made so that the trust, rather than city officials, would manage the easement terms.

John Davis, a member of the board of the Downtown Dalton Development Authority, told the newspaper: "Getting people downtown is important, and the depot is very much a part of downtown. It was a very thriving part of downtown for a long time, and we'd love to see it get back to that."

A property tour for potential buyers is set for Sept. 6. Bids will be opened on Sept. 17. The city reserves the right not to accept any bid, officials said.

Until then, Sutton says, the trust hopes a potential buyer thinks “pretty creatively about the space.” 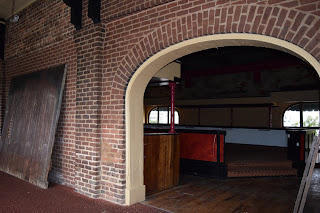