Surprisingly, our May 2011 post on the Battle of Utoy Creek during the Atlanta Campaign is among the most-read articles on the Picket. Few people know about this failed Union push against troops defending a vital railroad.

Two chums and I visited three Utoy-related sites over the weekend and one near East Point. With the exception of a few historic markers along busy roads, a visitor won’t glean much battle history and context.

From late July to late August 1864, Federal troops made several thrusts toward the vital Rebel rail line in East Point, just south of Atlanta. Confederate Gen. John Bell Hood’s troops were spent by this time, having suffered significant losses and initiative at Peachtree Creek, Ezra Church and Atlanta. But Atlanta’s inner fortifications were too strong to take head on.

Union Maj. Gen. William T. Sherman had failed to get around Hood’s left flank at Ezra Church. He wanted to extend his right flank to hit the railroad.

He transferred Maj. Gen. John M. Schofield’ s Army of the Ohio from his left to his right flank and sent him to the north bank of Utoy Creek, according to the National Park Service battle summary. 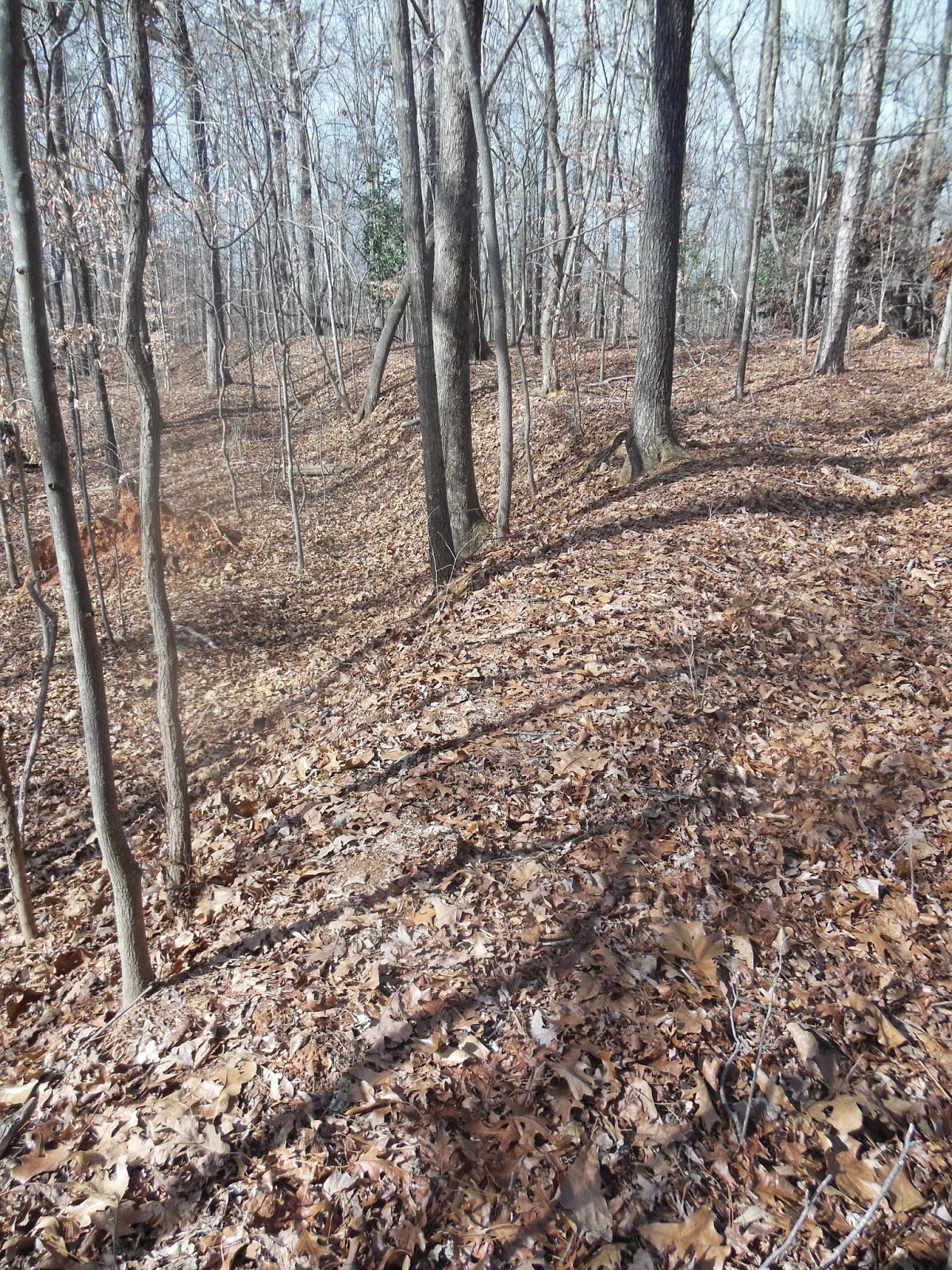 Our first stop, at Beecher-Hampton Nature Preserve, covered ground where Schofield’s troops dug in and built trenches and other fortifications to prepare for an assault. Of course, the woods look far different at the end of January compared to early August. I'm not sure whether much of the park was then farms or cleared land.

The trenches, which have been hunted out for relics, continue toward Westview Cemetery.

Our walk reminded us of the terrain’s hilly features and we could appreciate the Federals’ position, on the top of a ridge with a yawning ravine below that attackers would not have wanted to cover.

The regrouping of Federal troops in this area allowed Confederates to build up their defenses along what is now Cascade Road in southwest Atlanta. The Union had a nearly 3-to-1 numeric superiority.

“The delay allowed the Rebels to strengthen their defenses with abatis, which slowed the Union attack when it restarted on the morning of the 6th. The Federals were repulsed with heavy losses by Bate’s Division and failed in an attempt to break the railroad,” according to the NPS.

On Aug. 7, the Union troops moved back toward the Confederate main line and entrenched. Here they remained until late in the month. Sporadic fighting occurred in the area for a couple more weeks.

Historians to this day debate whether the Battle of Utoy Creek was a skirmish or a serious setback for Sherman during his eventually successful effort to capture Atlanta.

Our second -- albeit brief -- stop was gorgeous Cascade Springs Nature Preserve (above), which features the springs, South Utoy Creek and rolling hills and trails. The park was in the thick of the Utoy Creek fighting.

Unfortunately, we had no time to climb up to the high ground to see a few remaining Confederate defenses, which one of our party has seen. That’ll have to wait until next time.

Georgia Civil War Heritage Trails later this year will be installing an interpretive marker at the beginning of the walking trail at Cascade Springs.

Next, we drove about a mile and a half east to Utoy Cemetery, which has the grave of Atlanta’s first physician, Joshua Gilbert. Atlanta's oldest cemetery contains the remains of at least two Revolutionary War soldiers and a War of 1812 veteran. 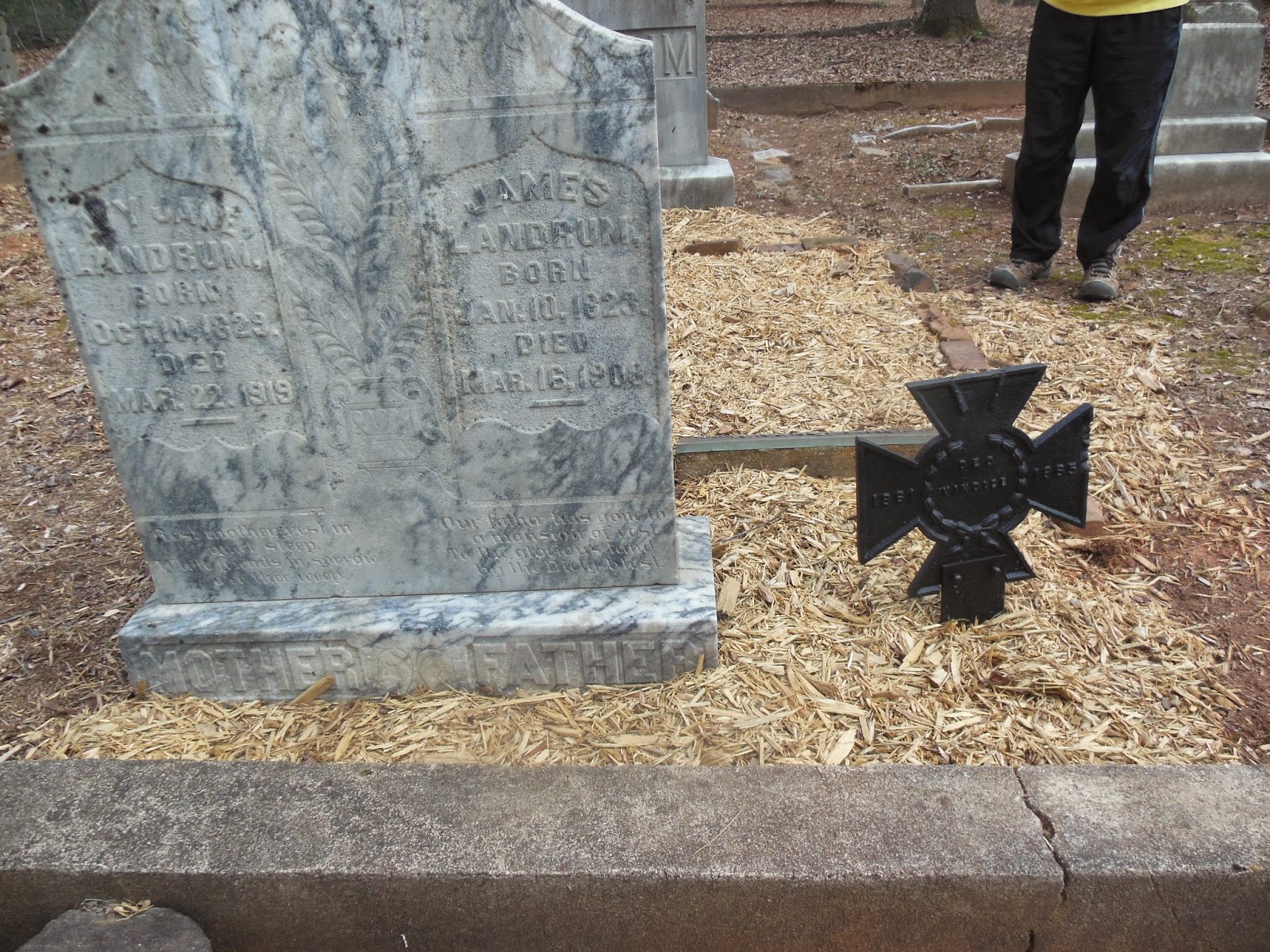 Confederates established a hospital at Utoy Church (also known as Utoy Baptist and Utoy Primitive Baptist) behind the battlefield. Col. James S. Boynton of the 30th Georgia was wounded and brought to Utoy Church for medical care. He later became a politician and briefly served as Georgia governor.

The cemetery lies next to the church.

About 250-300 people, possibly including slaves and Native Americans, are buried here. There are a couple dozen graves for fallen Confederates, most of them unknown.

The church, which operates under a newer name, and cemetery are near the intersection of Venetian and Cahaba drives. 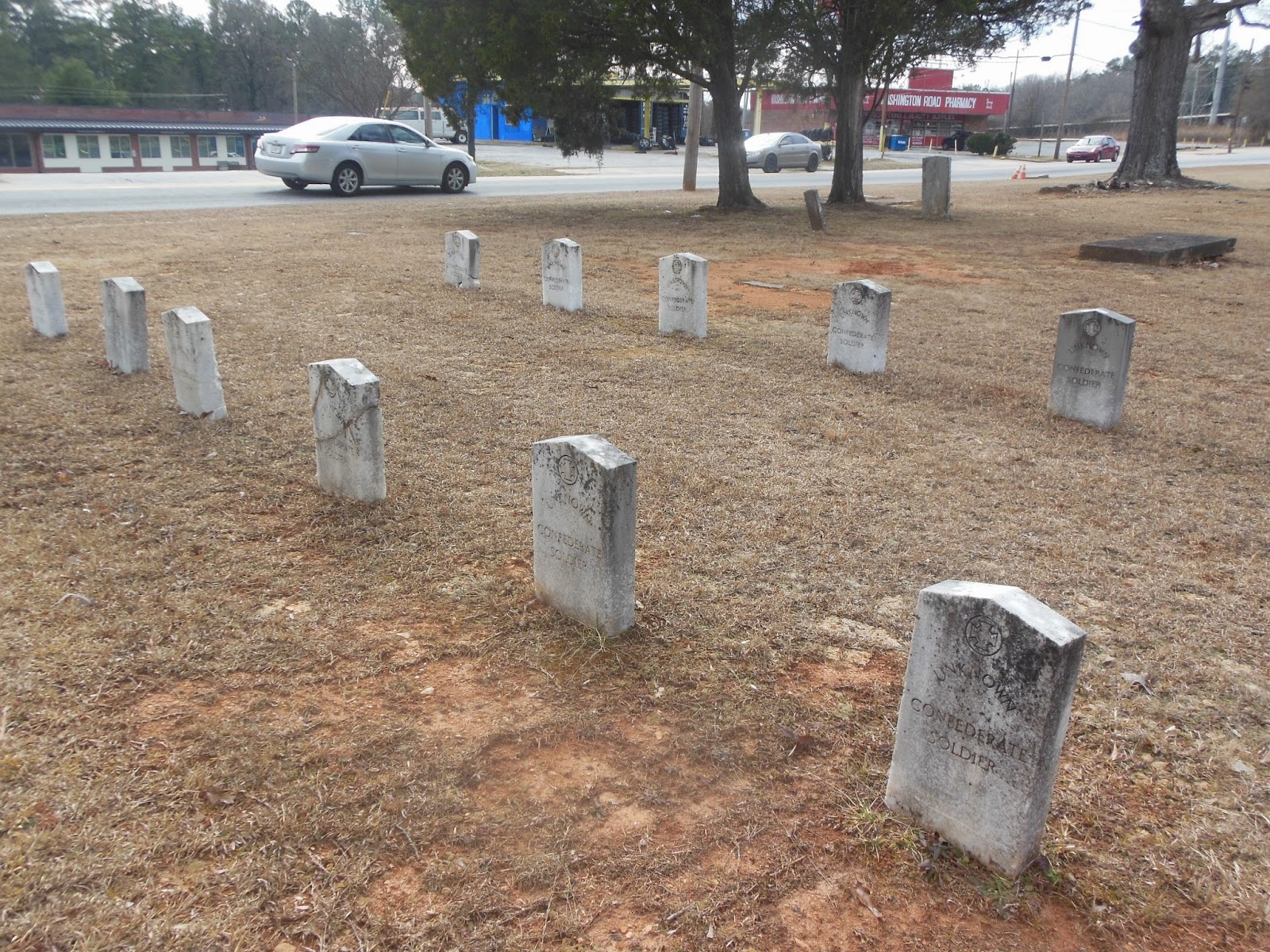 Finally, we drove south to East Point and Mount Olive Baptist Church on Washington Road. A dozen headstones (above) lie near the road, set off from other graves.

“War in Our Backyards,” an interactive produced last year by The Atlanta Journal-Constitution and the Atlanta History Center, provides this description:

“Graves of 12 unknown Confederate soldiers are buried here. Local legend has it they were in a squad that was helping guard the East Point railroad, and were having breakfast when they were surprised and killed by Union cavalry.” 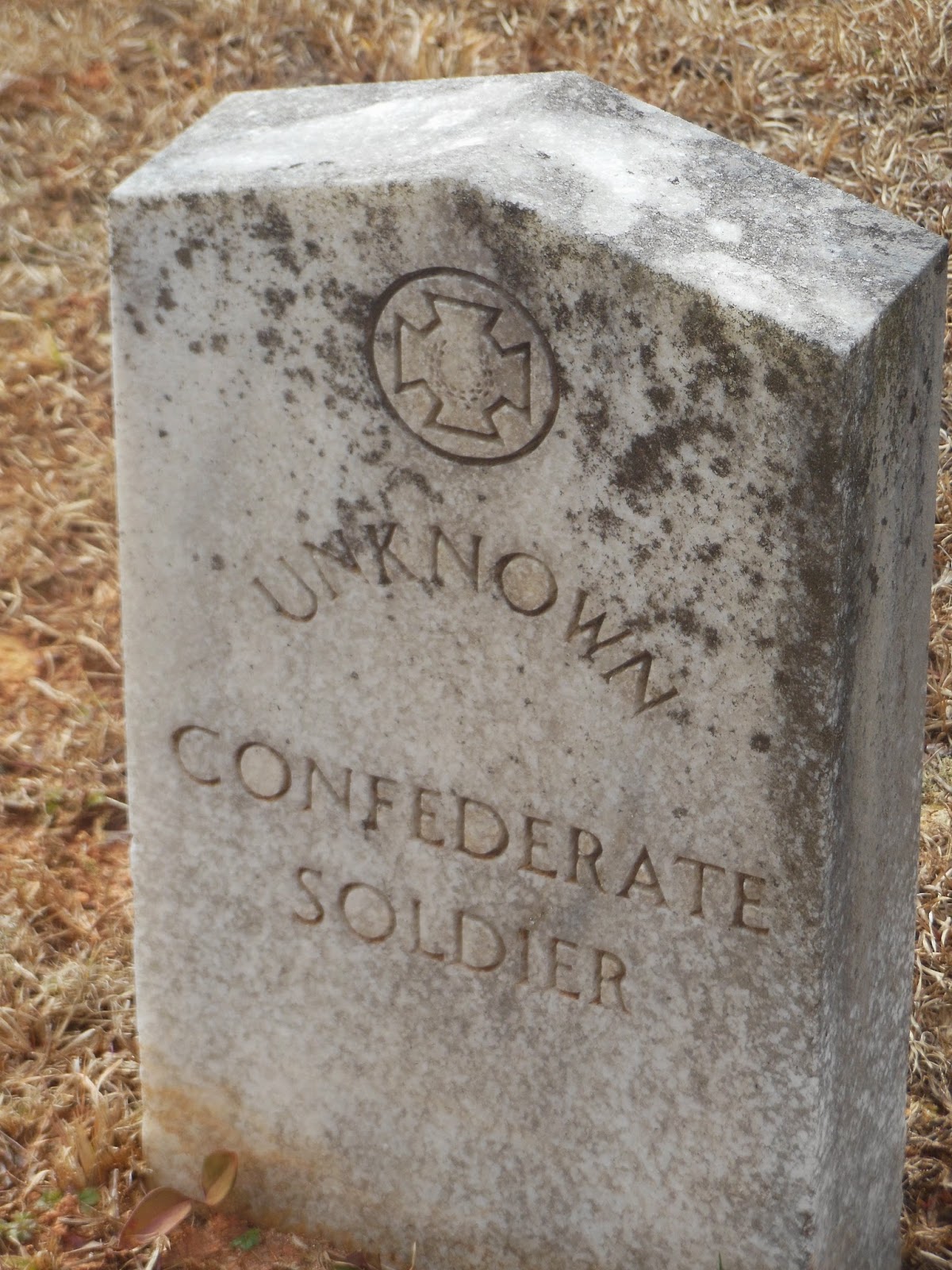