Jason Martz, a visual information specialist with the National Park Service, has led the team that has photographed and made videos at NPS sites throughout the Civil War sesquicentennial. Those images have graced park Facebook, Twitter, YouTube and Flickr pages. Martz will talk about the group’s work on Jan. 11, 2015, during the winter lecture series at Gettysburg National Military Park, where he is based. The Picket recently spoke with Martz, 40, about the effort to promote events through social media and to document them for future online and print use. Responses have been edited for brevity and organization by topic.

Q. How did you become involved in the effort?

A. I came onboard and started focusing on the Civil War 150th in 2010. At the time, the NPS had not jumped into social media pool just yet. That occurred in 2011 after First Manassas (Bull Run).

Q. How does the team work?
A. We are basically serving as the live news media on behalf of that park and are following the park’s schedule and framework and putting the content on social media live as it happens. Our objective is to chronicle the events by taking pictures and video of everything and turning that around and telling a story, interpreting it as it is happening or within a couple of hours. (For Facebook or Twitter) the night before we put a final picture that says tomorrow the park will do this, beginning at this time. We are using social media as a platform to advertise what is coming. We want readers to know this is happening live.


Even if you are not here right now, you feel you are part of it. Gettysburg was the most intense of the 150th Civil War events. It had the largest crowds, the most programs, a very well-oiled machine. Everything went off by most accounts without a hitch. I had a large team to shoot and then edit. We were turning around content by the first day or so in two hours, which was unheard of. It used to be four to six hours. At a place like Gettysburg, to turn around content and push it out in two hours -- I still marvel at that.

Q. What are some of the sites at which the team has covered events?

A. They include first and second Manassas; Richmond – the 1862 and 1864 sites; Petersburg, with a focus on the Crater; the four Fredericksburg-based sites, Cedar Creek, Chickamauga, Chattanooga, Shiloh, Vicksburg, Kennesaw Mountain, Antietam, Harpers Ferry twice, Fort Stevens, Monocacy and Gettysburg. We are going to Appomattox in 2015, and possibly Sailor’s Creek and Petersburg and Richmond again.


Q. How many staff members have been involved?

A. We’ve probably have had about 30, including six volunteers. Some of these were temporary/seasonal NPS photographers.

Q. How many images have you collected?

A. Up to this point, with the Cedar Creek numbers not added, we have taken 310,000 photos. We’ve had about 90 videos, ranging from 30 seconds to five to six minutes.

Q. What were some of the most memorable moments?


A. At Gettysburg, recalling the march of the Iron Brigade, July 1, 2013. The crowd was as large or slightly larger than the actual number of Iron Brigade soldiers that marched that day -- about 1,500. If you saw it and you were there … it was basically following in their footsteps. It was if people on tour that day -- the people 150 years later -- were the Iron Brigade. It was the same for Pickett’s Charge. The wave of people coming across the field was undeniably the most spectacular thing in the National Park Service. I am covering the great stuff a park is doing.


At Chickamauga (above), there were five stations in their timeline program (A Walk Through Time: 1860-1864). The visitor was taken on a trip through time, including the election of 1860, a Confederate recruiter, the civilian story, the lasting effects of the 13th-15th amendments, the U.S. Colored Troops (USCT). I thought it was incredible. I am also looking at this from a logistics process, for the park to pull it off, to get all the people bused in.

At Cold Harbor-Richmond, they did a candlelight program. As it got darker there would be interpretive stations, and people would walk from point A to point B. A Confederate or Union soldier would be talking about what was going on at that moment: what those people were doing, thinking and planning. There were two camps and candles. The atmosphere was unlike any other program I have seen. That was one of those spine-chilling things. Shiloh had great programs – the tour of the Hornet’s Nest was also spectacular.

Q. Tell us a little about online readership and page views during events.

A. It was phenomenal. Take Facebook, for example. Whatever it was in the weeks leading up to the event, on average, during the anniversary, when we were throwing up a ton of content, the average increase was tenfold.

Q. What was it like to cover this many events?

A. In some cases there would an event once a week, but not another for three months. That’s what happened in 1862 -- gaps in campaigns. For the overland campaign, Fredericksburg, Richmond and Petersburg, there was virtually no time off in between. That was the case for a large part of 2014.  Plus you had Kennesaw, Fort Stevens, Monocacy. Though there were no monster battles, it was overwhelming by the sheer number of them going back-to back or on top of each other.

Q. Were there ever any limitations or resource issues?

A. In a couple instances, I wish I had a couple more people. We could have done things to strengthen coverage -- maybe six videos instead of three. Sometimes there are budgetary constrictions and dealing with sequesters. And it was easier to get folks around D.C. and Gettysburg, where travel was not such an issue. 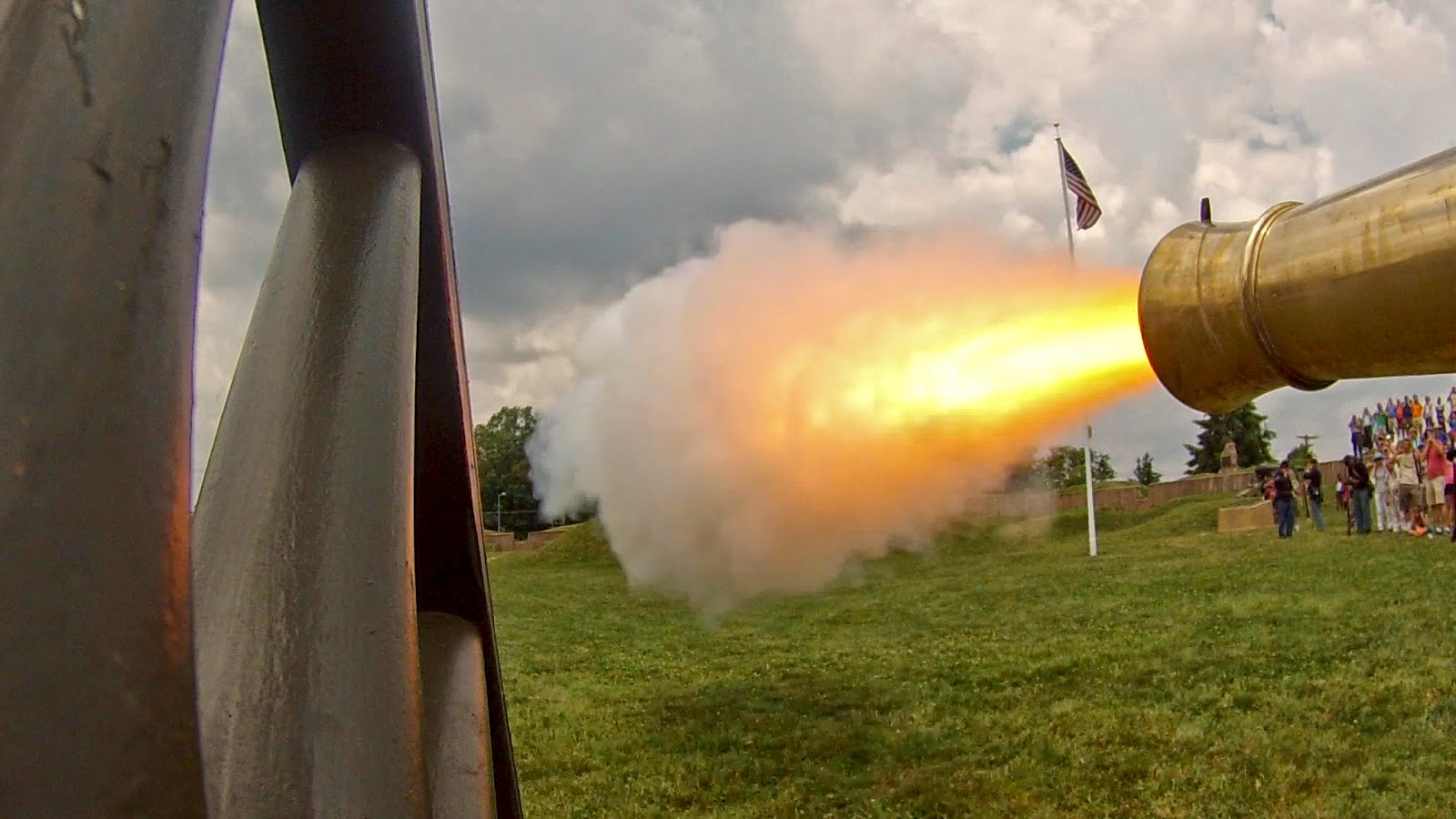 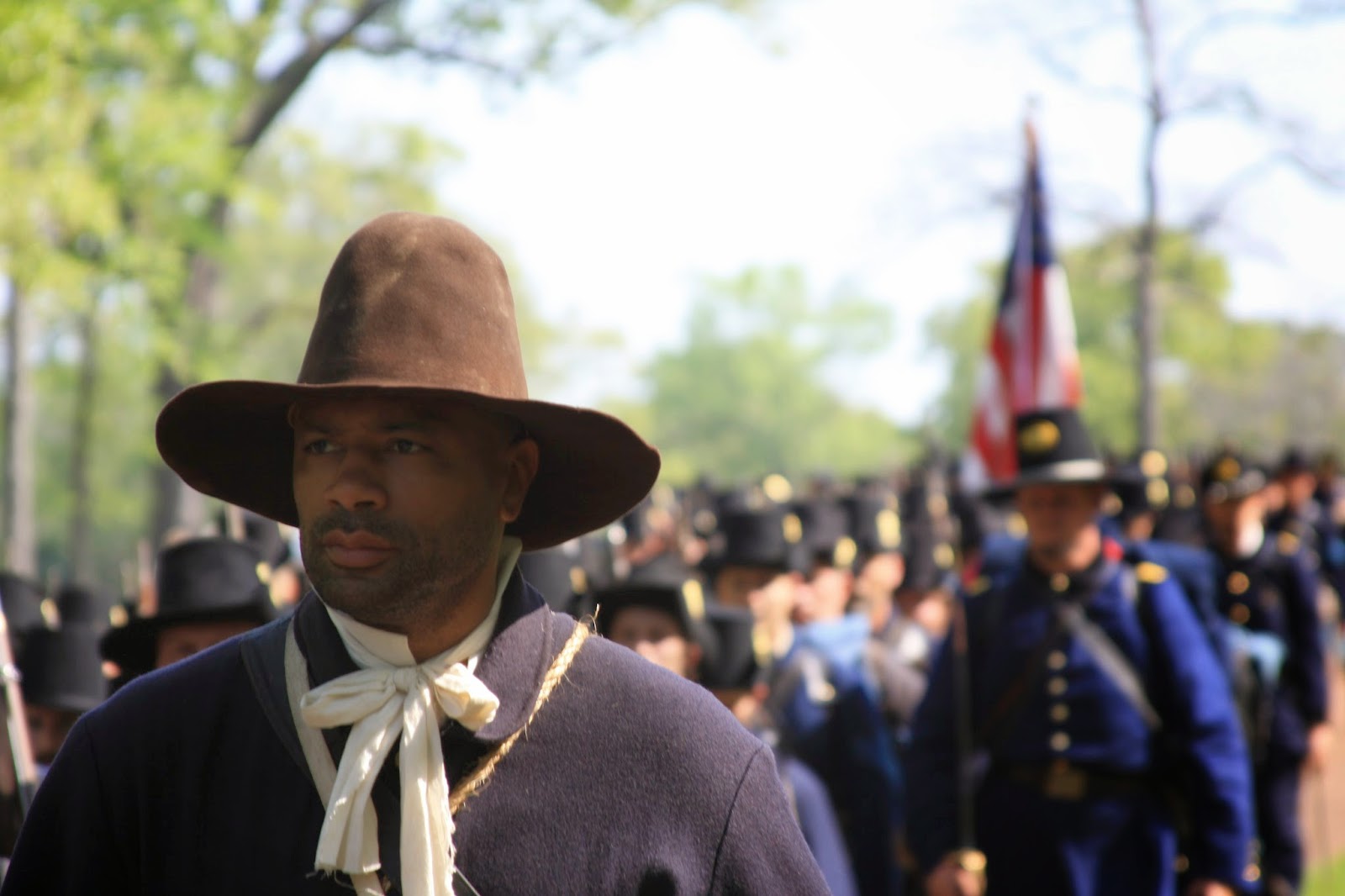 Q. Any other singular moments?

A. One came without crowds, when there was an off day at Chickamauga. We went to Chattanooga and got permission to go to the summit of Lookout Mountain when the park was closed. We wanted to get these pictures for advertising purposes for the Battle of Chattanooga in a couple of months. We had multiple cameras and were shooting at various locations. That was one of those days I will never forget. Four of us were up there and we were in awe of the day. There was a spectacular sunrise and footage and camaraderie. Without saying it, we were all saying: “How lucky are we to be here right now?”

A. Unprecedented. Everything came to together just at the right time. Once we had covered Manassas in July 2011, the park chiefs and superintendents began to quickly talk about programs for their sites. What always came up was … the work the team was doing for social media and web and video. It was not only great for the moment, but has a lasting legacy that would not have been recorded if the team had not been there.