Civil War fashion show: These re-enactors jump through hoops to get it right 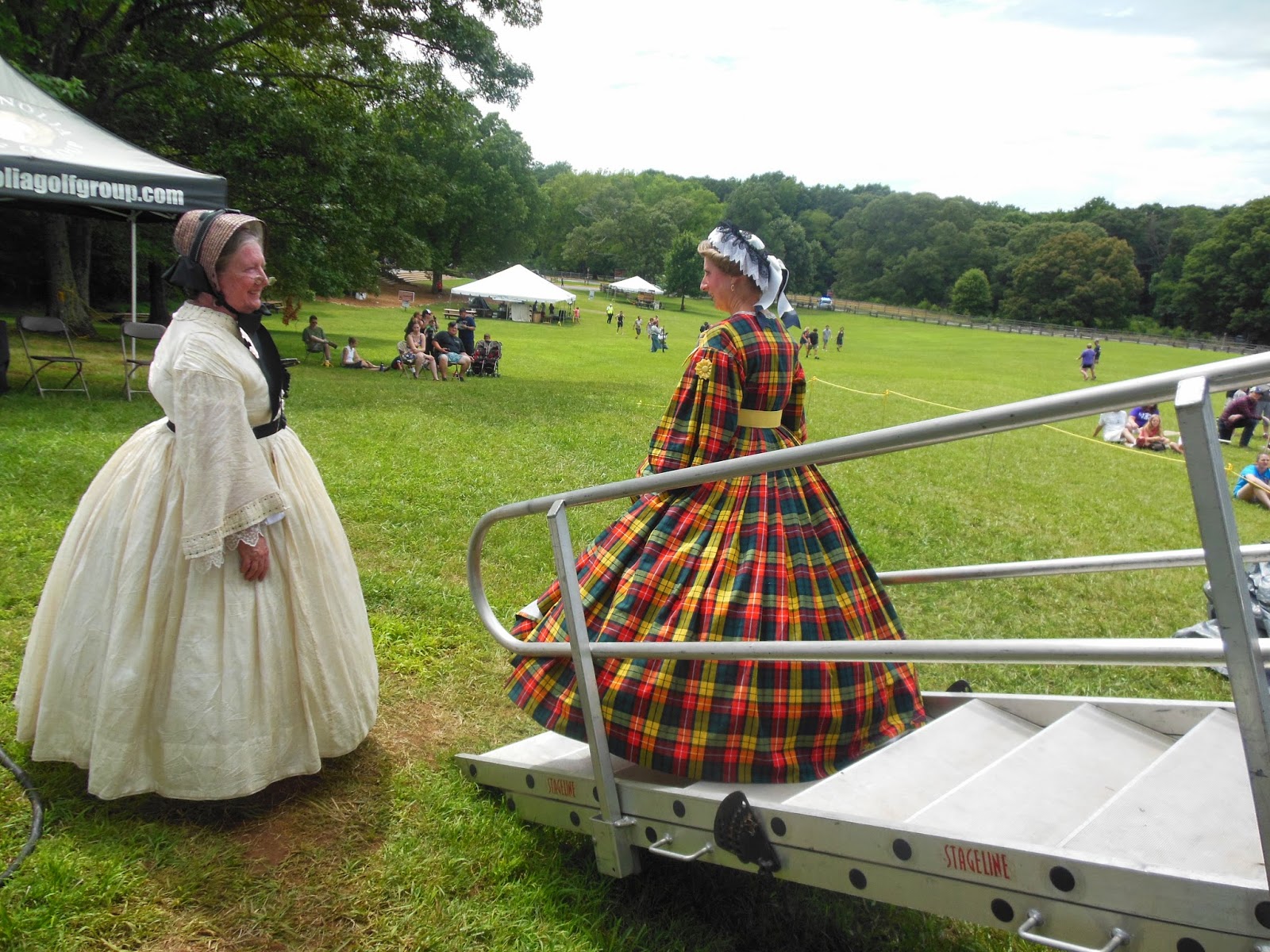 With that, Holly Sheen ticked off a litany of fashion faux pas on the screen, including the classic, “Gone With the Wind.”

The bonnets were wrong. The hair was wretched.

There was a bright spot: “Melanie was fabulous.” Scarlett -- not so much. 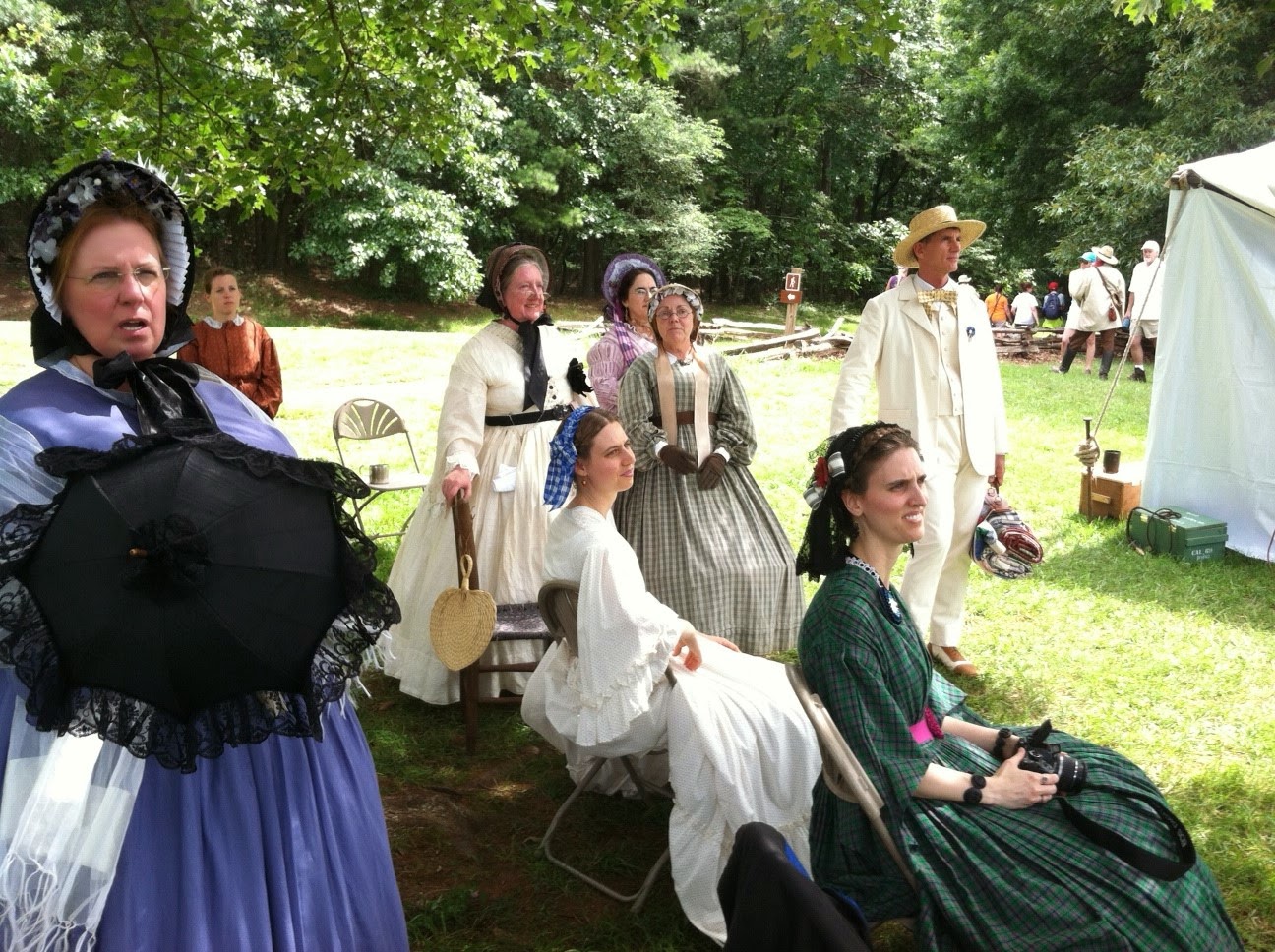 Sheen, of Greenville, S.C., and a dozen other living historians walked the runway Saturday during two Civil War fashion shows at Kennesaw Mountain National Battlefield Park. The park held four days of events remembering the 150th anniversary of the battle during the Atlanta Campaign.

These sticklers for accuracy spoke to me before the program, emphasizing the proper looks for the mid-19th century.

Mature women would wear their “confined” hair parted down the middle. The household would have access to fashion and etiquette publications. 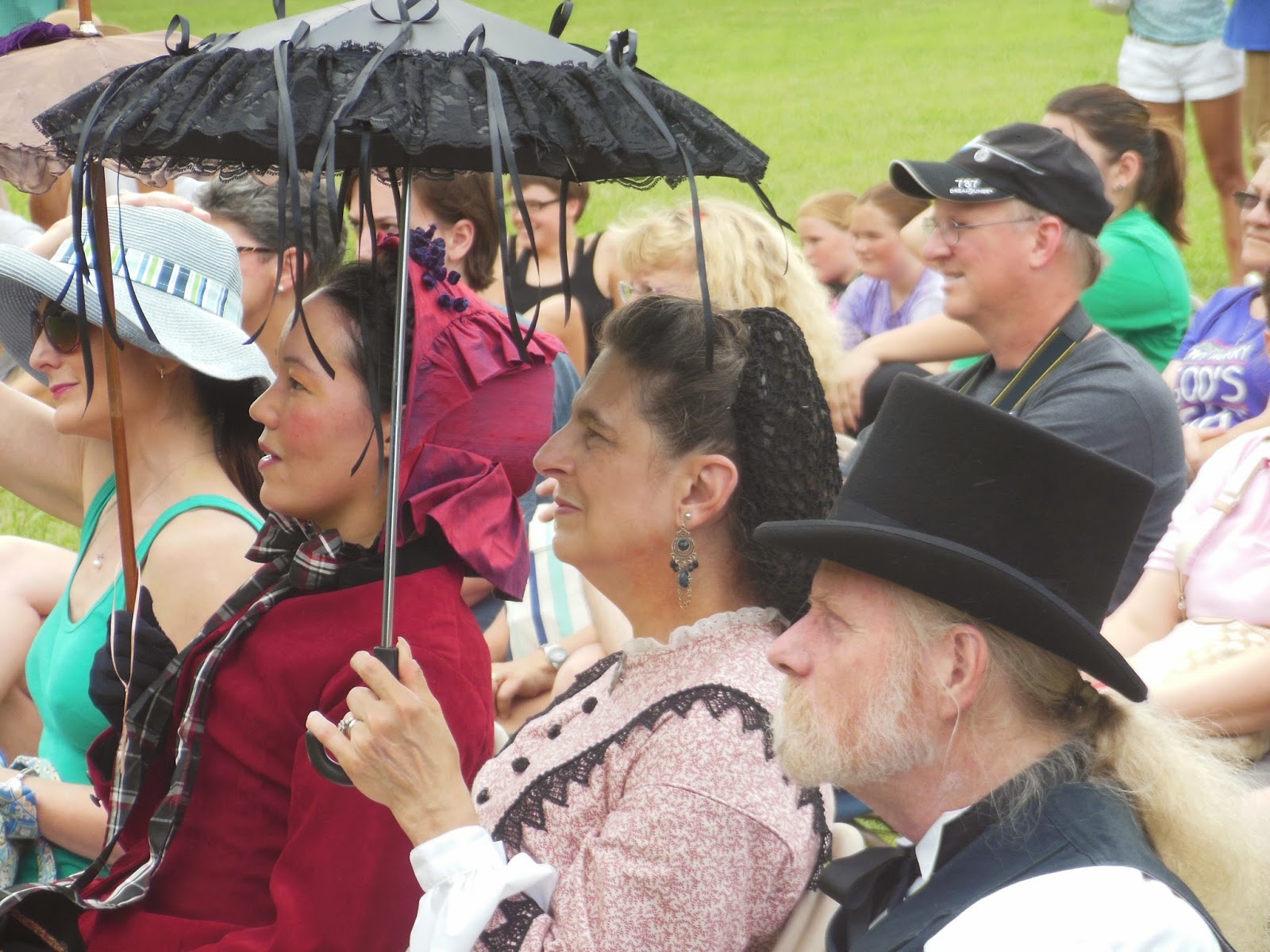 “As a girl grew up, her skirts grew longer,” said Janine Whiteman of Roswell, Ga.

Phillip Whiteman of Roswell, Ga., wore a businessman's frock coat with a fancy silk vest. His tophat was fashioned with wool felt.

Sheen and her daughters, Heather and Raquelle, wore V-neck dresses based on designs from the Archibald Smith Plantation Home in Roswell. “It’s a hot-weather dress.”

Just getting properly dressed was a considerable task.

A woman would don drawers, a chemise, stockings and garters, a corset and one to three petticoats, possibly a few more. A hoop or cage would give the illusion of several petticoats.

Of course, many women wore a plain work dress while doing chores.

“Hoops are dangerous around fire,” said one of the event participants.