When the RMS Titanic sank in the Atlantic Ocean 100 years ago, news of the horrific loss reverberated quickly around the world. Newsboys hawked updates fed by telegraphs. Americans were riveted by stories of heroism and tragedy. 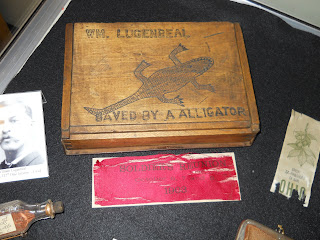 The SS Sultana, which went down 47 years before, with the staggering loss of 1,800 souls, got hardly any attention.

“It’s not taught in the history books,” says Diane McAdoo, director of the Marion, Ark., Chamber of Commerce.

This month, the largest maritime disaster in U.S. history is the subject of an exhibit in Marion, a few miles from where the Sultana sank in the early hours of April 27, 1865.

The steamboat, packed with Union soldiers, many of them freed prisoners, was traveling the Mississippi River from Memphis, Tenn., to St. Louis.

The March 6-25 exhibit, sponsored by the chamber and city, includes a DVD account, a replica model of the boat, photographs, reunion ribbons, newspapers, pins and an assortment of items unique to the wreckage, including a wooden comb and a unique box made by a survivor. 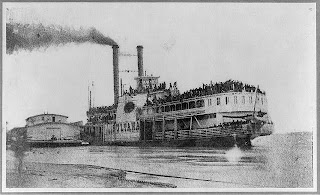 The exhibit is free, but donations are requested so that a permanent home for the collection can be constructed before the wreck’s 150th anniversary.

The Sultana sank near Mound City, Ark., just a few miles north of Memphis. The Mississippi River has shifted course many times over the years and the site is actually beneath a soybean field.

About 2,400 passengers packed a vessel that had a capacity of fewer than 400. At least one faulty boiler exploded, flinging passengers into the chilly river. Many of the estimated 600 survivors died of burns in the following weeks.

Local residents assisted in the rescue efforts, but they were delayed.

“They had to actually build a raft because the Union soldiers had burned all their boats (on the river) and sank them” during the war, McAdoo told the Picket. 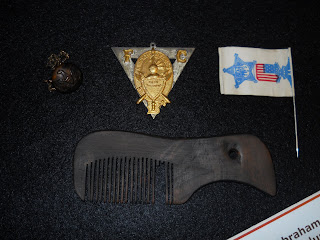 The exhibit includes a book written by a survivor, featuring accounts of others on board the doomed Sultana. The wooden comb was fashioned by a soldier while he was a prisoner at Andersonville, McAdoo said.

But the real talker likely will be a small, cigar box-shaped container.

According to accounts, the captain of the boat kept an alligator in the hull. After the explosion, soldier William Lugenbeal killed the alligator in order to use the crate that held it as a flotation device. Later, he made a box from the wood and etched an image of the reptile and the following words:

“Saved by a alligator.”

Exhibit photos courtesy of the Marion Chamber of Commerce. Sultana photos courtesy of Library of Congress. The exhibit runs March 6-25 at the Bella Vista Commons #3, 2895 Highway 77, Marion, Ark. Hours are 10 a.m. to 5 p.m., Mondays-Saturdays; 1-5 p.m. on Sundays. It's free but donations are accepted. Call 870-739-6041 for more information. Also, the Association of Sultana Descendants and Friends will be having its 25th annual reunion in Cincinnati on April 27 (Friday) and April 28 (Saturday). For more information, contact Norman Shaw at shawclan4@bellsouth.net.
Posted by Phil Gast at 7:03 AM