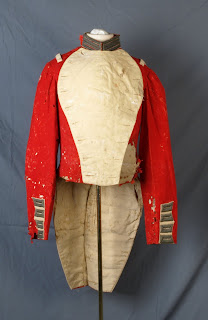 Ranked by historians as second to Richmond in providing supplies and weapons, the Chattahoochee River city near doubled in wartime population to 17,000. Workers produced swords, gunboats, rifles, sidearms and cannon at the large iron works.

“Columbus is unique in that it was a center of commerce,” says Mike Bunn, curator of history at the Columbus Museum.

Late in the war, Union cavalry swept through Alabama and toward this border city. Gen. James H. Wilson targeted industrial complexes, and Columbus and Macon were in his sights.

The Battle of Columbus (many consider it an “action”), as it is known, didn’t last long. After flanking Confederate forces in Girard (present-day Phenix City, Ala.), the overwhelming Federal force rolled them up across the river in Columbus on the evening of April 16, 1865. 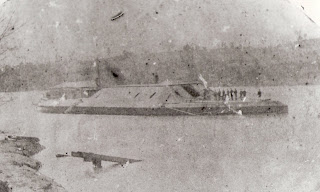 Wilson and his horsemen lit up the downtown skyline, destroying the manufacturing heart of the town. “There was a brief firefight,” said Bunn.

“It was a quick affair, but it devastated the city.”

The engagement is told in a comprehensive free exhibit on the war at the museum.

Called “150 Years Later: Our Civil War and its Legacy,” the show, which runs through June 13, has three themes. 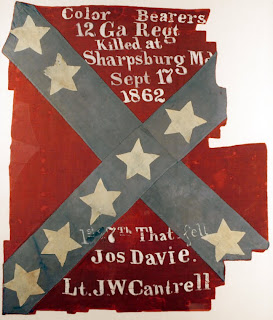 The first provides a general look at the war and its consequences. It features a documentary on the fighting in Columbus and details, in letters, broadsheets and artifacts, the local support for the war and the industrial and civilian role.

Another gallery is full of images, including Chickamauga, Andersonville and George Barnard’s photographs of Atlanta, on loan from the High Museum.

A small, but vital, section focuses on the “Lost Cause” and how Columbus and other cities came to memorialize their soldiers and spin their view of the war’s legacy.

In a booklet accompanying the exhibit, Virginia Causey of Columbus State University, writes, “The Lost Cause venerated Confederate heroes, painted a benevolent picture of slavery, and praised Southern virtue. As a result, generations of Southerners tended to celebrate the war era as the cultural high point in regional history rather than candidly assessing the conflict’s causes and impact.” 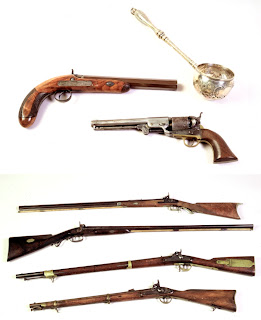 Last year, the Columbus Museum looked at the lives of nearly 90,000 slaves and freedmen in the Lower Chattahoochee Valley. This show includes a look at those who served in the U.S. Colored Troops.

The exhibits features between 250 and 300 items, including weapons, many locally provided.

Among them is a sword from the Battle of Columbus and a letter to able-bodied men to defend the city.

One prized item is the flag of the 12th Georgia Infantry Regiment, which served throughout the Civil War. Actions include Second Manassas, Antietam, Gettysburg and Spotsylvania. It contains the name of two unit members who died in battle.

The Columbus Museum, about 100 miles southwest of Atlanta, gets about 70,000 visitors a year, Bunn says, including people from nearby Fort Benning. 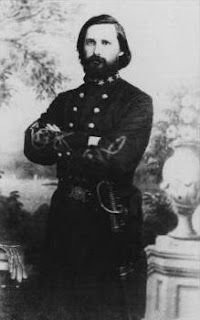 As home to Fort Benning since World War I, Columbus is a military town. George S. Patton and Omar Bradley served at Benning before World War II. Columbus currently is benefitting from the influx of thousands of additional soldiers due to the recent base realignment and closures.

The Civil War’s end and the destruction were a “short-term" loss to the city.

“They stayed and tapped into the river,” Bunn said.

But the good times didn’t last forever. Mills shuttered as international competitors grew. Downtown declined in the 1970s and 1980s.

But revitalization in the 1990s and Fort Benning’s strength have turned things around in the core of the city. Columbus State University lofts filled vacant buildings and taverns and shops have replaced wig shops.

People who lived during the Civil War might recognize a bit of the skyline.

“Our goal is to show some of the things that occurred here and how it fits into the national story,” Bunn said.