Jefferson Davis: Not always tough when he needed to be

A. Able leader and a master communicator.
B. A notch below as military commander-in-chief. 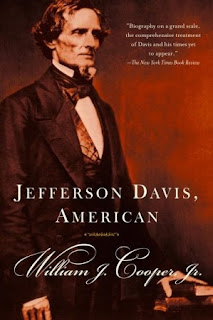 “He was no dictator,” Cooper says of Davis’ leadership style. “He led, but he also heard.”

Cooper, an author of several Davis works and a history professor at Louisiana State University, summarized his research at a Tuesday evening talk at the Civil War Roundtable of Atlanta.

Davis, a reluctant secessionist, had an enormous task on his hands.

With too few troops and limited materiel, he had to defend the entire Confederacy so that governors would continue to send him troops. He enacted conscription early in the war and knew taking the offensive against Union troops was almost impossible. “Reality governed,” Cooper said.

As the war wore the South down, Davis traveled across the region “to rally his country” and clearly enunciate the Confederacy’s goals. He survived particularly harsh criticism from two Georgians, Gov. Joseph Brown and Confederate Vice President Alexander Stephens.

Cooper says the commander-in-chief articulated well his belief that Confederate nationalism sprung from the American Revolution, with white liberty at stake. And he believed only Southerners could pass judgment on slavery.

Still, Cooper said, Davis eventually, and successfully lobbied, to have slaves fight for the gray.

“He was willing to jettison slavery in order to gain Confederate independence.” 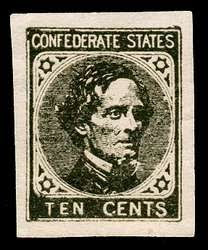 It was too little, too late.

Cooper reserved most of his criticism of Davis in his role as military commander-in-chief.

“He definitely was a micromanager.” Matters great and small, including transfers, orders and disposition of artillery, crossed his desk, Cooper said.

Cooper cited several examples when Davis should have relieved or reassigned a commander.

Davis visited the Army of Tennessee in 1863, around the time of the Battle of Chickamauga, the lone Confederate victory in the theater.

Several generals, including James Longstreet, told Davis that Gen. Braxton Bragg was not up for the command job.

“Davis’ inexplicable decision was to leave Bragg in command. It was his most horrible decision,” Cooper says.

As a West Point grad, veteran of the Mexican-American War and a U.S. senator with military oversight, Davis had the pedigree to perform well in this capacity.

But often, Cooper said, the president let generals make too many ill-advised decisions with little or no consequence.

Critics have often harshly judged Davis and his wartime role, placing him a distant second to his Union counterpart, Abraham Lincoln, the scholar told the audience.

“Lincoln was the greatest war leader in our history,” Cooper said.
Posted by Phil Gast at 11:20 AM