Reflecting on the 14 months since I launched The Civil War Picket has reminded me of just little I know about the Civil War, especially in my own back yard. 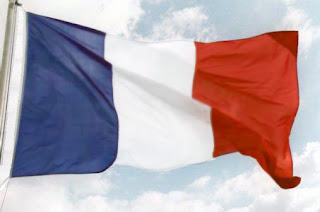 This trove of artifacts that speaks to the humanity of those who fought is powerful. It took only took 20-plus years in metro Atlanta for me to make the discovery.

I got that feeling again recently when I pored through the state of Georgia’s new map of Civil War sites, with vignettes on fascinating people, such as “Blind Tom” Bethune, and places like Stone Mountain Village.

What most intrigued me was the account a curious Frenchman named Theophile Roche and the “Exile of the Roswell Women.”

Thus began my search to learn more about the story, which got little notice from historians, scholars and writers until the 1980s.

Roswell is an old town north of Atlanta. Today it’s associated with suburbia, but back in 1864 it was known for its mill complex that spun clothing and items for the Confederacy. Some say the workers were akin to indentured servants, earning low wages that went back to the mill owners for housing, food and goods.

I contacted Michael D. Hitt, a Roswell police officer, historian and author of a 1991 book, “Charged With Treason,” that details this peculiar footnote of the Atlanta Campaign.

In the spring and summer of 1864, Union Gen. William T. Sherman’s thundering herd was descending on the prize of Atlanta, but first it had to negotiate the Chattahoochee River.

On July 5, 1864, Brig. Gen. Kenner Garrard and his Union troopers were battling the home guard for a vital bridge at Roswell, but the Rebels set it afire.

Garrard was surprised to see a most unexpected banner above the Ivy Woolen Mill at the river.

It was a French national flag. Another French tricolor waved in downtown Roswell above Bulloch Hall, built in 1839.

Garrard rode in to investigate and was met by mill workers claiming to be English or French citizens.

“They were scratching for ideas to save the factory,” said Hitt.

Roche, a journeyman weaver from Paris who claimed at least part ownership of the mill, had concocted the idea of flying the French flags, to show the mill was not part of the Confederacy and subject to seizure or destruction.

“He thought it might work,” Hitt said of Roche. “If it didn’t work, what did they have to lose?”

We’ll get to the rest of the amazing story but for now, here’s how the mill drama went down. 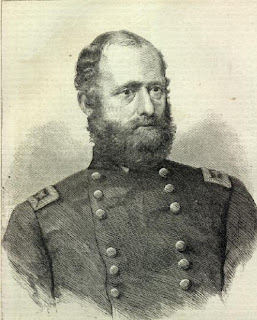 The union cavalry commander (left) walked into Ivy Woolen Mill on July 6 to discover bolts of cloth with the letters CSA woven in. He was shown records indicating the material would be used to make uniforms for Confederate troops.

The mill workers wouldn’t leave voluntarily, but Garrard forced their exit. Some took mill records to owner James King, who was in the Roswell Battalion, the home guard fighting the Yankee advance.

Garrard ordered the mill burned and moved along the river to the Roswell Manufacturing Co., a larger complex that had nothing to do with the French flag incident but did make goods for the South. It was owned by the absent Barrington King, brother of James.

It, too, went up in flames. Some employees unhappy with wages and other conditions, assisted in its destruction, Hitt said.

Sherman (below) wrote a letter to a superior in Washington, explaining his rationale.

“They [Roswell mills] were very valuable and were burned by my order. They have been engaged almost exclusively in manufacturing cloth for the Confederate Army, and you 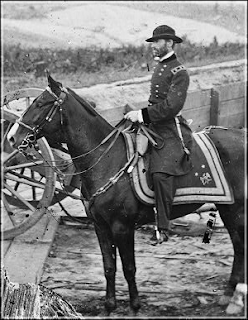 will observe they were transferred to the English and French flags for safety, but such nonsense cannot deceive me. They were tainted with treason, and such fictitious transfer was an aggravation. I will send all the owners, agents and employees up to Indiana to get rid of them there.”

Union troops rounded up 400 of the Ivy Woolen and Roswell mill workers (a contingent that included 87 men -- some soldiers, some deserters), and then added another batch that worked at a mill at Sweetwater Creek, west of Atlanta, for a total of about 600 people. Five hundred were women and children.

Very few had anything do with the caper at the Ivy mill.

Sherman charged the assembly with treason. That included men, women and their children.

“This was the only time in the Civil War that something like this occurred,” said Hitt. “It was newsworthy at the time.”

At the time, rules of engagement called for treason, which was akin to obstruction if it was a civilian offense.

From the Northern perspective, the workers were American citizens in open rebellion, Hitt said.

Sherman wrote a letter to Garrard, giving him instructions on what to do with Roche and the workers.

"I had no idea that the factories at Roswell remained in operation, but supposed the machinery had all been removed. Their utter destruction is right and meets my entire approval, and to make the matter complete you will arrest the owners and employees and send them, under guard, charged with treason to Marietta, and I will see as to any man in America hoisting the French flag and then devoting his labor and capital in supplying armies in open hostility to the Government and claiming the benefit of his neutral flag. Should you, under the impulse of anger, natural at contemplating such perfidy, hang the wretch, I approve the act beforehand.

“I repeat my orders that you arrest all people, male and female, connected with those factories, no matter what the clamor, and let them foot it, under guard, to Marietta, whence I will send them by cars to the North...The poor women will make a howl. Let them take along their children and clothing, providing they have the means of hauling, or you can spare them.” 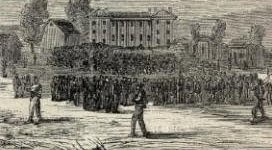 The prisoners were marched to nearby Marietta (right) for shipment north. They were placed in the Georgia Military Institute while they awaited trains.

There would be no trials at which they could defend themselves.

The 600 were shipped out July 10 and 11, with stops in Chattanooga and Nashville. Many were sent to Indiana, but most arrived in Louisville, Ky., where they were imprisoned in a hospital. A few died of typhoid, measles and the like.

Many took the oath of allegiance to the United States.

“First housed and fed in a Louisville refugee hospital, the women later took what menial jobs and living arrangements could be found. Those in Indiana struggled to survive, many settling near the river, where eventually mills provided employment,” the New Georgia Encyclopedia says. “Unless husbands had been transported with the women or had been imprisoned nearby, there was little probability of a return to Roswell, so the remaining women began to marry and bear children.

Very few ever made it back to Georgia.

Those who did helped Barrington King (left) get his company back on its feet.

In 2000, the Sons of Confederate Veterans Roswell Mills Camp #1547 erected a monument remembering the troops who fought in Roswell and the mill workers.

The camp cites a Georgia historian who claims the deportation of the women and children was illegal.

I asked Hitt what lesson people may take from the tragedy.

“Don’t mess around with the army in the time of war,” the officer said. “They don’t have time for humor.”

As for the fate of Roche and the two French flags?

Roche jumped the train between Chattanooga and Nashville and eventually fled to France, where he filed a claim against the United States for the Roswell property. The bid failed.

The federal government documented receipt of the flags.

Their whereabouts are unknown.

“Probably up in Washington in a box somewhere,” Hitt said.
Posted by Phil Gast at 11:29 AM