The eternal struggle between historical preservation and modern needs is playing out at Atlanta’s Lovett School. 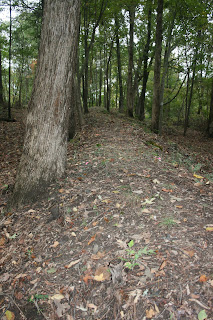 Nearly 110 yards of rare Civil War entrenchments are being lost to make way for a $6 million-$7 million baseball and softball complex. School officials said they had no other feasible locations.

Site work is under way this week. Trees will be cleared and grading at the Paces Ferry Road campus is scheduled to begin Friday. The new softball field will be ready for play in fall 2010. Baseball will be played on the site in spring 2011.

The school, which resides where Union forces built defensive breastworks during the 1864 Atlanta Campaign, will preserve an adjoining 42-yard section of entrenchments and another section on the northeast corner of the 100-acre campus.

The work follows intense study, as well as feedback from some Lovett students, parents and faculty concerned about the loss of the breastworks and nearly 5 acres of trees. 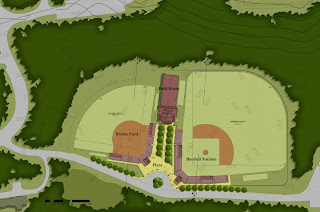 In the end, the cost of building off-site, the safety concerns involved in transporting students and the environmental impact of building elsewhere made the current location the only choice, says Lovett’s headmaster and two trustees.

“We looked exhaustively off site,” says Headmaster William S. Peebles IV, but the cost would have been two to three times higher.

The Georgia Battlefields Association, a preservation group, is not pleased with the construction project. 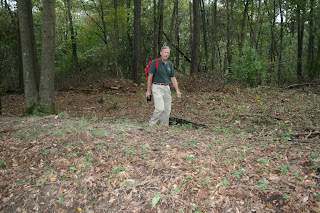 “I sympathize with this from a managerial position. From a preservation standpoint, I don’t like it,” says association president Charlie Crawford (behind breastworks in photo).

“We worked very hard to do the right thing there, to do it the right way,” says Gordon Buchmiller, a trustee and chairman of the private K-12 school’s Buildings and Grounds Committee. “We have been open.”

As part of the permitting conditions, Lovett will build an interpretive exhibit to detail the area’s environment and historic importance, says Peebles. Ideas on its content and presentation are welcome, he says. The school has invited interested parties to discuss the ideas at a meeting this Wednesday. 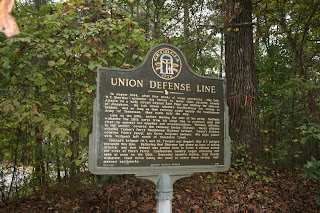 Lovett also is paying $200,000 in tree recompense for the planting of trees in the city of Atlanta.

Athletics is an important part of Lovett’s mission to its nearly 1,600 students. More than half are involved in interscholastic sports. The school has 100 coaches. The number of girls participating has grown tremendously, officials say.

“We believe in educating the whole child,” says Buchmiller.

Leaders say Lovett has been two to three fields short of what it needs. That keeps many students at practices well into the evening, sometimes not getting home until after 9 p.m. Teams compete for practice space.

The school’s master plan, which includes the construction of academic buildings and other facilities/improvements, has been revised several times over the years, says John Holder, chairman of the trustees.

The softball and baseball fields currently are on the north side of the campus. The idea is to have them built on a rise near the old Paces Ferry Road, where the breastworks were erected by the 20th Corps of the Union Army of the Tennessee. 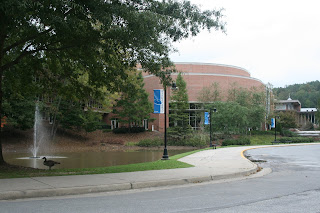 A new multisports field, with an artificial surface, will be built where the ballfields currently are.

The school sits alongside the Chattahoochee River. The recent major floods put three fields, including football, out of action. Observers say the river’s water reached to just a few feet below the horizontal bar of the football goalposts.

Federal and state regulations on rivers and streams restrict where the school can put new facilities. A stream running through Lovett also limits development. Lovett also has very little impervious space left on which to build.

The current plan for the softball-baseball complex is part of a revised master plan that has been publicized for five years, Lovett officials said.

Talk about the project has heated up in the past few weeks. Leaders say they have heard from relatively few members of the Lovett family.

“Not everyone is excited about this,” Peebles said. 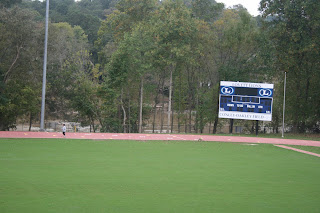 Buchmiller says many of the 50 who contacted Lovett, a mix of students, parents and faculty, weren’t opposed but had questions the school subsequently adequately answered. Some are now in support of the plan.

“We have gone to extraordinary lengths to talk to our community,” says Holder, adding that the school agonized over where to grow its athletics facilities.

Lovett held public hearings and received necessary local, federal and state permits for the work. The school, the U.S. Army Corps of Engineers and the state entered into a memorandum of agreement in May 2009.

Elizabeth Shirk, environmental review coordinator for Georgia’s Historic Preservation Division, says the state looked at the alternatives for another location but supported the agreement.

“They [Lovett] have built everything they can on their property,” she says.

The impact of the construction project will be documented through photographs, written description and historic narrative, according to the agreement, allowing for an archaeological and historic “permanent record” of what stood there.

Buchmiller says the site of the new softball/baseball fields is a “challenging location” on which to build. A lot of dirt will be required to level the area off.

Besides the capital and operational expense savings, Buchmiller says, keeping the fields on campus will greatly reduce the school’s environmental footprint by reducing car and bus trips. 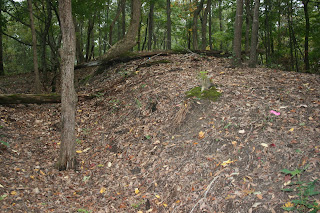 Because Lovett has infrastructure and parking, it will require only 5-6 acres of construction, rather than 10 acres off-site.

Other considerations were the cost of transporting athletes and coaches several miles away, as well as their safety on the roadways. Buchmiller says neighborhoods Lovett looked at would have been adversely affected by traffic and noise.

“This will have far less [environmental] impact than if we had built away from the campus, said Buchmiller.

Crawford, of the Georgia Battlefields Association, met Friday with Peebles.

The school already has done an archaeological study and returned items such as minie balls to the site. Crawford is asking the school to display or ask the state’s guidance on displaying any items found during the construction.

Lovett officials say few items were found during the study. Relic hunters have retrieved items there for years. The agreement with the agencies requires the school to record any significant finds during the destruction of the trenches.

The breastworks are readily discernible and are relatively rare because they are intact, said Shirk.

Crawford said he found Peebles to be open and civic-minded. “He has more considerations than historic preservation.” 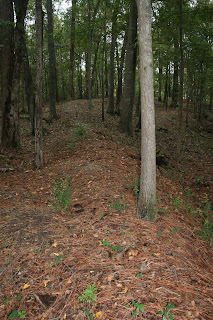 Because Lovett met requirements and is on private property, the GBA is powerless to stop the project, Crawford says.

Still, he wrote in an e-mail to interested parties, “we are about to lose another section of very rare earthworks.”

Crawford says the trenches that are being leveled were built by Union Gen. William T. Sherman’s 20th Corps in late July 1864. They were held about a week. The 20th Corps was on site to guard Union lines, bridges and a ferry while Sherman’s other corps moved below Atlanta to cut railroads.

The Confederates knew that Sherman’s troops had moved, but were not sure where. A cavalry detachment moved up to Paces Ferry only to run into a fortified division. They turned back.

• Click here for Lovett’s updated statement on the project.
Posted by Phil Gast at 4:25 PM