The past 15 years, however, have seen the trained archaeologist help protect and display cultural resources for Georgia’s state parks, with a special focus of late on Union prisoners held at a Confederate prison just north of Millen.

“I never expected that this would become my obsession,” Wallsmith says of her ongoing effort to develop a database of those prisoners – including their birthdate, hometown, military unit, where they were captured and their fate during and after captivity.

That searchable database of nearly 3,000 names is among the highlights at the new Magnolia Springs History Center, which formally opens at 2 p.m. Tuesday (Oct. 7) with a ceremony at Magnolia Springs State Park. The program includes speeches, a ribbon-cutting, refreshments and costumed rangers demonstrating Civil War medicine and camp life.

The museum, in a renovated building near the springs, will tell the story of Camp Lawton, a Confederate military prison built to handle the overflow at Andersonville prison in central Georgia. It held more than 10,000 Union soldiers for six weeks in the late autumn of 1864.

Visitors will “check in” to assume the identity of an individual POW, learn more about the experience of being at Lawton and then find out that prisoner’s fate.

The venue also will explain the springs’ importance and the story of the Civilian Conservation Corps, the New Deal program that put millions of young men to work. They built park facilities around the country, including at Magnolia Springs.

Officials are excited about the museum’s potential to increase tourism in Jenkins County and teach visitors about the camp’s history and ongoing archaeology on the grounds of the state park and an adjoining federal hatchery.

“A lot of people from the region are really interested in learning more about the site, and a museum on site is a great way to fulfill that need,” said Lance Greene, an assistant professor of anthropology at Georgia Southern University. “I'm glad that it will be open before the 150th anniversary of the occupation of the camp. I think it will generate a lot of interest.”

Greene and his students have conducted extensive archaeological digs of the site, a virtual time capsule because it was relatively undisturbed after the Civil War. Prisoners were quickly evacuated in mid- to late November 1864, leaving a trove of personal artifacts. 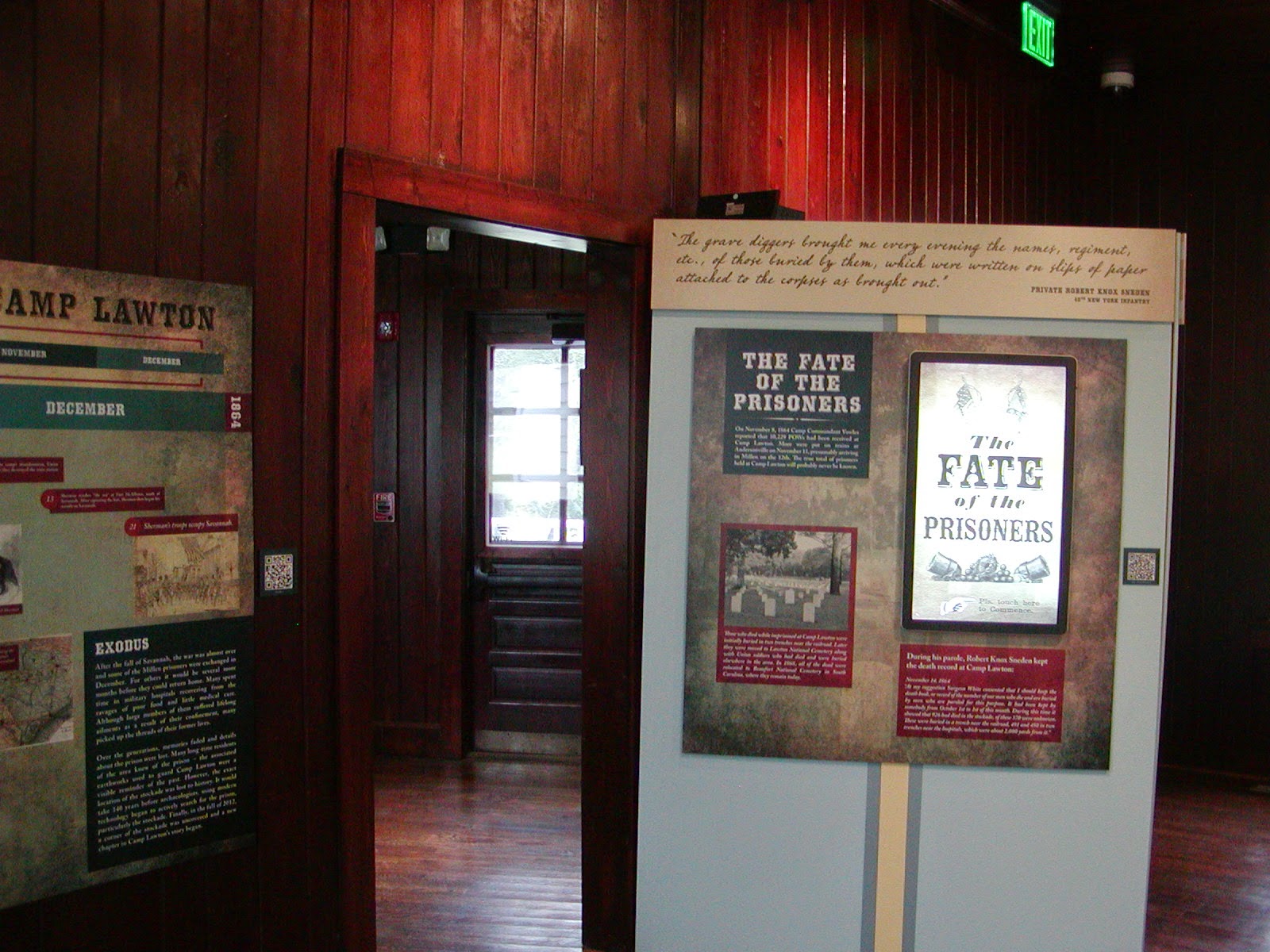 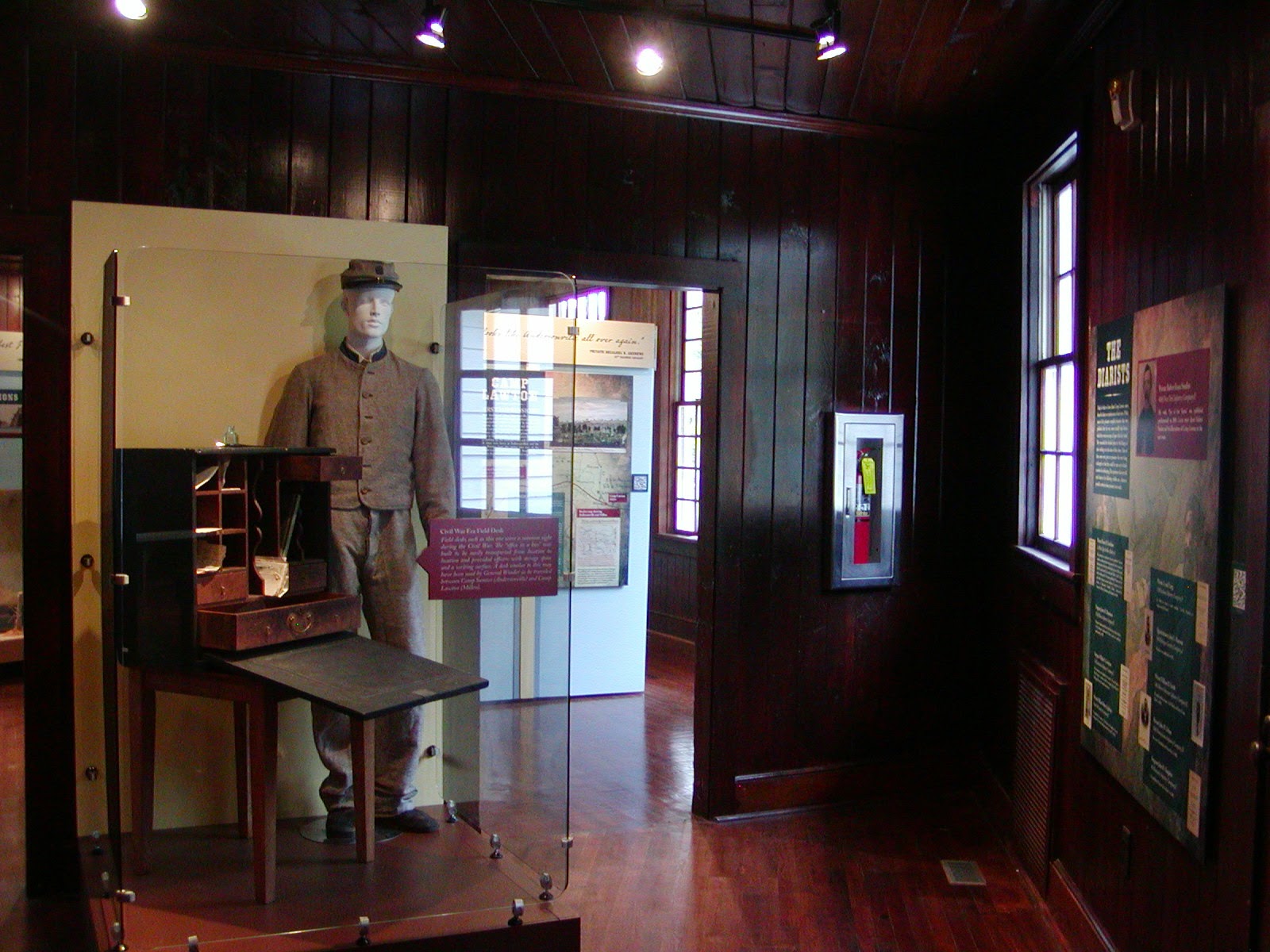 Greene is grateful to the Georgia Department of Natural Resources for providing space for the students to process the objects.

Visitors to the museum will be able to watch students when they are at work in an old kitchen that has been converted into the small lab. The items are then taken to the campus in Statesboro.

“There is a perception that, when an artifact comes out of the ground, not much else is done with it. The reality is that excavation is just the beginning. We have to wash and process the artifacts, catalog them and enter them into a database,” Greene tells the Picket. “We also spend a lot of time conserving artifacts; a lot of the material we recover from Camp Lawton is corroded metal. If these artifacts aren't treated quickly and in a professional manner, they can literally fall apart. Our new lab space at the park allows us to teach the public about all those things we do after excavations, in the lab, that are just as important as digging.”

Visitors on the self-guided tour also will see reproduction uniforms and a surgeon’s kit, a movie, a replica of a prisoner shelter, panels about the camp and a display of some of the recovered artifacts. They can vote, as the prisoners did, in the 1864 presidential election, choosing between President Abraham Lincoln and challenger George B. McClellan, a former general.

The museum, which officials say has state-of-the-art security, also has a place for them to download a QR (quick response) code scanner. Visitors can then use smartphones to scan codes on various displays to learn more about a subject.

Dustin Fuller, site manager at the park, said there will be between 15 and 20 QR stations, with information on such topics as Sherman’s March and a Robert Knox Sneden, a Union soldier who produced important sketches and watercolors of Camp Lawton during his captivity.

Fuller is excited that the park can show visitors something more than a few remaining earthworks.

“For the longest time, Camp Lawton has literally and metaphorically been underground,” he says. “We have a pretty big story to tell. We will learn more.”

Museum visitors will get one of about 125 prisoner cards at a check-in station that features a desk and mannequin. They will be of Illinois soldiers because of the richness of detail and biographical information.

Wallsmith, an interpretive specialist with the DNR’s Historic Preservation Division, has used a variety of databases and resources to build out the Camp Lawton prisoner database.

Many of the men ended up back at Andersonville shortly after Lawton closed; others went to camps in Blackshear and Thomasville in south Georgia. Some died at Andersonville, others were exchanged at Vicksburg and a few ended up on the Sultana, which caught fire and sank in the Mississippi River shortly after the war ended, leaving hundreds of released prisoners held across the South dead.

Wallsmith began her research with a death register published as the Roll of Honor by the U.S. Army. It lists 748 POW deaths, with 415 names. Information was verified through state muster rolls, where available.

To find out the identities on information and survivors, Wallsmith used the National Park Service’s “Soldiers and Sailors Database.” But it has limited information on men who were transferred from Andersonville to Millen.

She ran into discrepancies with different spellings of surnames and some handwriting was difficult to read.

The Andersonville records include “Departures” volumes with the headings of “Died, Escaped, Paroled, Exchanged, or Released,” as well as the date.

“Millen” is found written in the logs, and while not searchable, the records and the names can be checked on the civilwarprisons.com database, which has an entire section for Andersonville, says Wallsmith.

Still, that leaves about 7,000 names of prisoners held at Lawton in which the database currently has no disposition. But Wallsmith cautions she has only gotten through the M’s in the Andersonville departure list.

Wallsmith has reviewed obituaries and read findagrave.com entries to learn about those who survived the war. “Interestingly, a lot of them went west, as far as Seattle, Washington.”

Boston Corbett, who killed Lincoln assassin John Wilkes Booth, spent a few days at Camp Lawton after he was transferred by train from Andersonville.

“I have been fascinated by how many survived and how many went on to be successful people,” Wallsmith says.

The Magnolia Springs History is open from 9 a.m. to 4 p.m. daily. The cost is $2 per person. Check in first at the park office. Parking at Magnolia Springs State Park is $5 per vehicle. The DNR is continuing to update the Camp Lawton database and is seeking the public’s help in gathering information on prisoners and guards. Please write to camplawtonpows@gadnr.org with information or questions.
Posted by Phil Gast at 4:01 PM