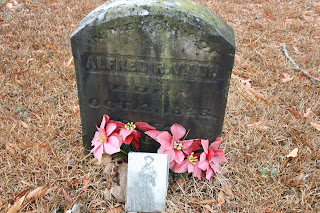 Known for his bravery and compassion for the common soldier, English-born sketch artist Alfred R. Waud was without peer.

According to the Library of Congress, which has a large collection of the works by Waud and his brother William, he "was recognized as the best of the Civil War sketch artists who drew the war for the nation's pictorial press. Waud could render a scene quickly and accurately, with an artist's eye for composition and a reporter's instinct for human interest."

Waud, who worked for the New York Illustrated News and Harper's Weekly, reportedly attended every battle of the Army of the Potomac between the First Battle of Bull Run in 1861 and Petersburg in 1865. His notable works include fighting in the West Woods at Antietam and Gen. Robert E. Lee leaving the surrender at Appomattox, Va. 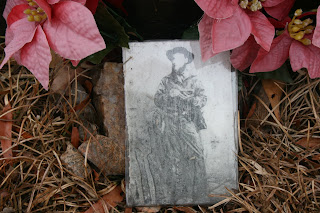 In 1891, he was in Georgia, touring battlefields, when he died of a heart attack at 62. Waud (pronounced "Wode") is buried at St. James Episcopal Cemetery in Marietta.

I stopped by the graveyard today while researching another Picket article and took these photos.

As a journalist, I am drawn to his story. Look for a deeper look at Waud's legacy in the coming weeks. I'm hoping to speak with someone at the Library of Congress, the Louisiana Digital Library and a living historian who portrays Waud.
Posted by Phil Gast at 4:28 PM