John Dunbar had to make a decision -- quickly.

Lying in a field hospital where treatment decisions are made in moments or on a whim, Dunbar surveyed a pile of military boots. In the background, surgeons talked while preparing for yet another amputation: His bloodied right leg.

The Union lieutenant painfully pulled his boot back on and hobbled away to a fence on the Tennessee battlefield. Spying a horse, he climbed aboard and made his famous ride between Union and Confederate lines, arms lifted and a serene expression on his face. He awaited a bullet that would end the misery.

A bullet, of course, never found the mark. Dunbar, better known as actor Kevin Costner, eventually got medical attention from a general’s doctor and rode on to other adventures in the 1990s film “Dances With Wolves.” 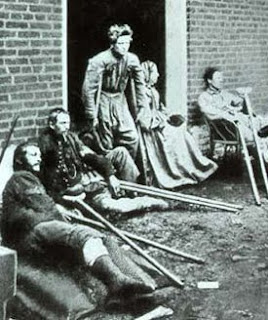 Books and movies have often depicted a trip to the Civil War field hospital as a lesson in futility.

The reality, however, was a little more on the positive side, argues the executive director of the National Museum of Civil War Medicine in Frederick, Md., which has trained 4,000 members of the military in aspects of treating casualties.

“The idea that all hospitals look like the one in ‘Gone With the Wind’ is inaccurate,” argues George Wunderlich.

Wunderlich says that the Civil War actually brought huge advancements in the treatment of soldiers, notably at the September 1862 Battle of Antietam.

Ninety-five percent of Union doctors used anesthesia. And although there were no antibiotics such as penicillin, medical staff understood the importance of sanitation. Some hospitals had mortality rates as low as 7 percent-10 percent.

Still, having enough supplies and cleaning materials was difficult, especially at the front. “They never were able to manufacture all the necessary ambulances and conveniences,” Wunderlich (below, at Antietam) says of the Confederacy. 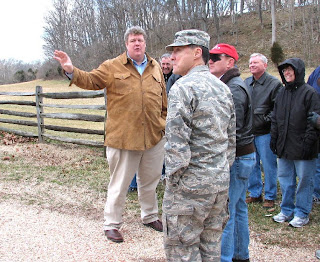 The mortality numbers are frightening enough, even without the tales of men terrified about going to a military hospital.

Death by disease led deaths by wounds 2-1. Statistics for the Union armies list 67,000 killed in action, 43,000 deaths from wounds and 224,000 lost to disease. The numbers were probably worse in Southern armies.

Wunderlich argues soldiers, even through World War II, had a high risk of infection. Couple that with the fact that medicine was years away from advancements in treating gut wounds, severe head injuries and damage to the thorax.

Lifestyle and conditions in the field had the deadliest consequences.

“The biggest killer of the Civil War was the fact that Boy Scouts had not been invented yet,” he says.

Troops had very poor personal hygiene and drank from polluted water often used as a latrine. Wunderlich contends 100,000 lives would have been saved with a concerted hygiene push. 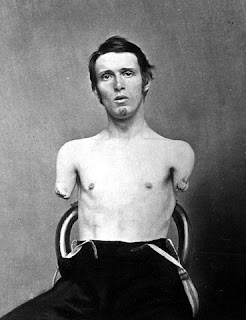 The wounds were also horrific. The .50-caliber minie balls that smashed there way through the body left shards of bones that brought sure infection and, likely, death. “The best way to save a life was amputation.”

The museum has two principal missions. One is to educate the public about advancements brought by the war, including plastic surgery, anesthesia and reconstructive surgery. An Atlanta hospital, for example, specialized in maxillofacial surgery and Turner’s Lane Hospital in Philadelphia had a neurological focus.

The 7,000, three-story building consists of five immersion exhibits that recreate aspects of Civil War medical issues: life in an army camp, evacuation of the wounded from the battlefront, a field dressing station, a field hospital and a military hospital ward.

“Our most surprising audience is the U.S. military,” says Wunderlich.

His 17 full- and part-time staff, augmented by about 30 volunteers – most with medical backgrounds – teach Army corpsmen and general alike about field hospitals and surgery fundamentals, such as evacuation and triage. “We want corpsmen to know how to read terrain to find good aid stations.” 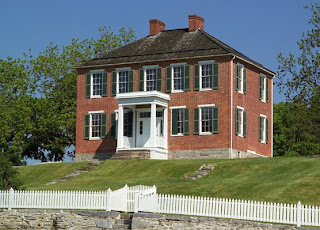 The center accomplishes this both at Frederick and at Pry House Field Hospital Museum (right) at Antietam National Battlefield in western Maryland. Through an arrangement with the National Park Service, the museum runs the Pry house and re-creates fundamentals of war medicine that are as common in Afghanistan today as they were at Gettysburg.

The house and barn served as Gen. George B. McClellan’s headquarters during the battle. But it also was a hospital for 400 wounded soldiers, including Major Gen. Joseph Hooker.

“We tell soldiers today, ‘We’re going to put you on the Antietam battlefield. You are going to work on problems Letterman worked on,’” Wunderlich says. 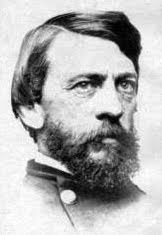 Letterman was Maj. Jonathan Letterman, who McClellan brought to the Army of the Potomac to to fix a “broken system” and is now regarded as the father of modern battlefield medicine.

Letterman (left) fired bad surgeons, emphasized sanitation, implemented command and control and increased the medical staff. His contributions included staffing and training men to operate horse teams and wagons to pick up wounded soldiers from the field and to bring them back to field dressing stations for initial treatment. This was the nation's first Ambulance Corps.

He developed the three-tiered system still in use: Field dressing stations, field hospitals (M*A*S*H) and larger hospitals away from the battlefield.

“Our modern medical system was developed into a unified system here in 1862,” Wunderlich says.

• Click here for more information on the National Museum of Civil War Medicine.
Posted by Phil Gast at 1:57 PM