War in Our Backyards: Exhibit shows what Atlanta looked like during Civil War

The good news: An exhibit opening Saturday at the Atlanta History Center brings them back in 3-D. 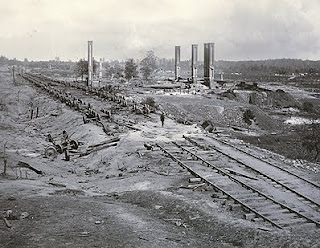 An interactive computer also will allow visitors to click current maps, overlaying 1864 battle and siege lines and troop movements over them.

“Many area residents have no idea what happened literally right under our feet,” the AHC says about “War in Our Backyards: Discovering Atlanta, 1861-1865.” 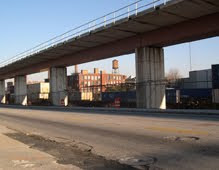 I’m looking forward to checking out the exhibition and making a fuller report in The Picket. I plan to speak with curator Gordon Jones, who was busy this week putting the final touches on the show, which will run until October 2011.

Using the latest research, visitors will see how much of the city was destroyed and by whom. “Most battlefield documentation of the 1860s was meant to be seen through stereo viewers, which gave the illusion of three-dimensions. In the exhibition’s theater, visitors once again see Civil War Atlanta in 3-D,” the AHC says in a recent newsletter. 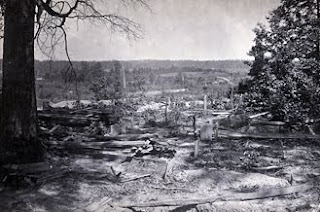 Photos and objects from the collections of Wilbur G. Kurtz, Beverly DuBose, Thomas S. Dickey and George Wray “tell the personal stories of the men who fought in our backyards.” Also on display are five sketches made in 1886 for the Atlanta Cyclorama. 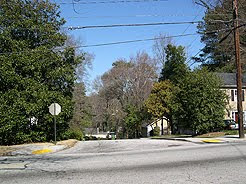 The AHC says rare drawings and sketches will be exhibited for the first time.

President Abraham Lincoln was sweating his re-election bid in the summer of 1864. Union Gen. William T. Sherman’s victory in the vital city ensured his political success.

(Photos above): George N. Barnard made this photograph of the battlefield of Peachtree Creek near the corner of current Collier Road and Dellwood Drive in Buckhead. The clue for identifying the spot was deciphering a name on one of the grave markers in the foreground. Courtesy Kenan Research Center)

• Click here for more information on the exhibit.
• Exhibit's page and details on Facebook.
Posted by Phil Gast at 8:37 AM